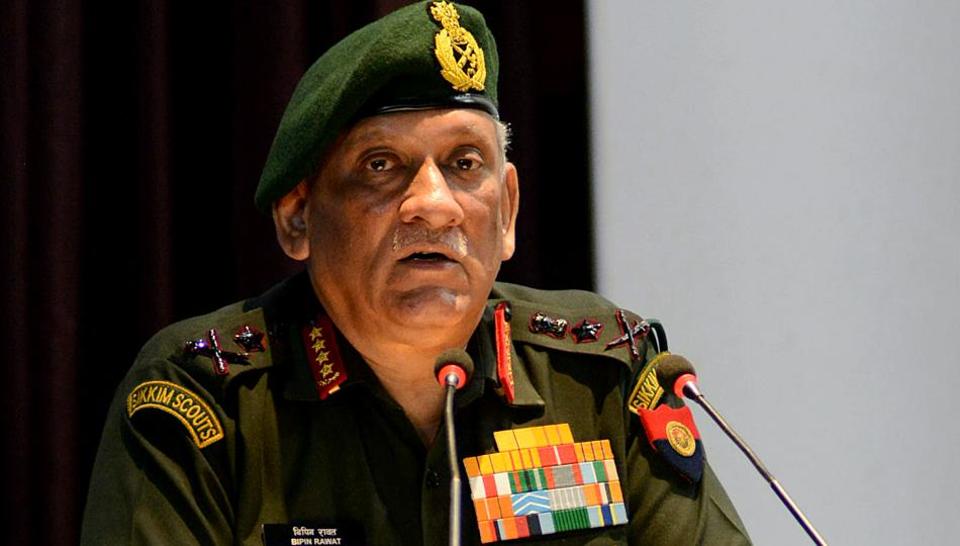 Pakistan strongly condemning the “irresponsible” and “gratuitous” remarks of Indian Chief of Defence Staff (CDS) on Friday advised Gen Bipin Rawat to focus on his professional domain, rather than continuing to make a career out of anti-Pakistan rhetoric.

He said the Indian CDS’s unabated anti-Pakistan vitriol was reflective both of his completely flawed understanding of Pakistan’s realities as well as his patently politicized approach.

“His tirade is also illustrative of the RSS-BJP mindset – a dangerous mix of extremist “Hindutva” ideology and expansionist “Akhand Bharat” designs.

It is a sad fact that this mindset has permeated the state institutions of India, including the armed forces,” the spokesperson added.

He said the Indian CDS’s diatribe against Pakistan cannot divert attention from India’s myriad internal and external wrongdoings. “As a consequence of the ‘Hindutva’ policies, religious places in India are regularly desecrated, mob lynchings take place with state complicity, and persecution of minorities and disadvantaged segments grows by the day,” the Spokesperson mentioned.

Most notably, the spokesperson said that state terrorism against innocent Kashmiris in the Indian Illegally Occupied Jammu and Kashmir (IIOJK) was pursued by India as an instrument of state policy.

“Gen. Rawat would be well-advised to focus on his professional domain, rather than continuing to make a career out of anti-Pakistan rhetoric,” he remarked.

“The international community must take urgent steps to help address the grave human rights and humanitarian situation in IIOJK and urge India to comply with its international obligations with regard to the rights of Kashmiri people,” the foreign minister said in his message on the Day marking the Jammu Massacre.