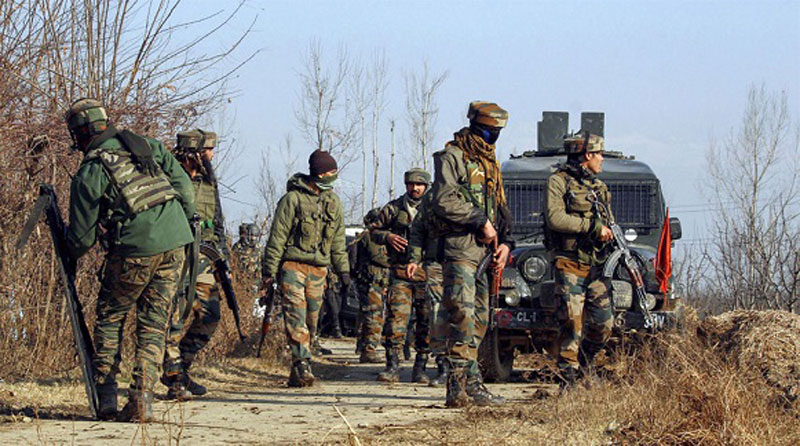 Kashmiri’s on both sides of the Line of Control (LOC) and the world over are observing the Jammu Martyrs’ Day, with renewed pledge to thwart Indian machinations and to continue the martyrs’ mission till the realization of their inalienable right to self-determination.

According to the Kashmir Media Service the hundreds of thousands of Kashmiri’s were massacred by the forces of Maharaja Hari Singh, Indian Army and Hindu extremists in different parts of Jammu region while they were migrating to Pakistan during the first week of November in 1947.

Hurriyat leaders and organizations including Abdul Ahad Parra, Abdul Samad Inqilabi, Gulam Nabi War, Tehreek-e-Wahdat-e-Islami and Democratic Political Movement in their statements termed the Jammu massacre as the worst chapter in the history of Jammu and Kashmir. They said that Kashmiri’s were determined to take the mission of their martyrs to its logical conclusion at all costs.

An analytical report released by KMS in connection with the Jammu Martyrs Day, today, maintained that the chain of killing that started from Jammu in 1947 is still continuing in IIOJK and so far over four hundred thousand Kashmiri’s had been martyred for demanding their right to self-determination. It added that Hindutva forces were trying to repeat 1947 Jammu massacre in Kashmir as well.

Meanwhile, Indian troops in their fresh act of state terrorism martyred three Kashmiris in Pulwama district. The troops martyred two youth and injured two civilians during a violent cordon and search operation in Pampore area of the district.

One of the injured civilians succumbed to his injuries at SMHS hospital in Srinagar. The occupation authorities snapped internet service in several areas of the district.

A peaceful protest was held outside the historic Jamia Masjid in Srinagar after Juma prayers to demand immediate release of Hurriyat forum Chairman, Mirwaiz Umar Farooq who is under continued house arrest for more than 15 months.

On the other hand, speakers at a roundtable conference organized by APHC-AJK chapter at its office in Islamabad, to pay homage to Jammu Martyrs said that the Kashmiris were determined to continue their struggle till they were granted their inalienable right.

Pasban-e-Hurriyat Jammu Kashmir and Jammu and Jammu and Kashmir Pir Panjal Freedom Movement held rallies in Muzaffarabad and Bagh in AJK, today, to pay tributes to Jammu Martyrs of 1947.

The protesters raised high-pitched slogans against India and in favour of Kashmir’s freedom from Indian yoke.

Also, in Indian Illegally Occupied Jammu and Kashmir, former puppet Chief Minister and the President of Peoples Democratic Party, Mehbooba Mufti has said that it seems like India is the world’s largest democracy only on paper now.

Mehbooba Mufti wrote on micro-blogging site twitter that her party members were detained during a peaceful protest against new land laws in the territory after they refused to sign a dictatorial affidavit that termed dissent as anti-India.

Mehbooba asked, “In which democracy is the right to peacefully protest an anti-national activity”.

Pertinently, at least 19 PDP leaders had declined to sign a bond in front of Executive Magistrate in Srinagar, stating they haven’t done anything wrong and violated any law. These leaders were arrested and booked for violating law when they had tried to take out a protesting march against new land laws introduced by the Modi led fascist Indian govt. The Executive Magistrate had directed police to release them after they signed a surety bond of Rs 10,000. Some of these leaders said that they didn’t sign any bond as a mark of protest.