PTI govt has taken steps for empowerment of youth: CM 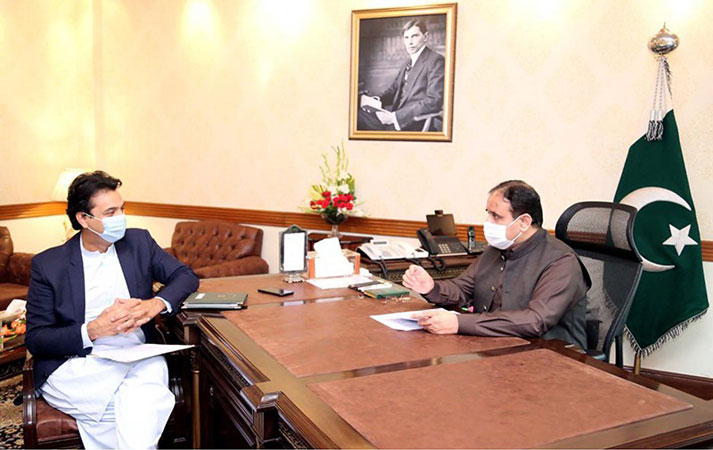 The CM regretted opposition’s attitude against the state institutions, adding that youth have been empowered by the PTI government to brighten the future of the country. The past rulers ignored the youth and no large investment was made for their empowerment as done in the incumbent tenure of the PTI, he added.

The CM said the Kamyab Jawan Program will alleviate poverty and more job opportunities will be created as well. Similarly, it is sanguine that the Tiger Force is earnestly engaged in public service. He declared that the opposition’s treacherous narrative has been badly failed.

The opposition alliance is withering away due to its unbecoming approach of reviling the national integrity. Usman Buzdar made it clear that those speaking against the institutions have faced defeat in the past and would meet the same fate in future.

The opposition is engaged in a preposterous agenda of weakening the country as it has no other program for the masses, he slammed. He insisted that nobody can look at Pakistan with a malicious eye.

The PM Imran Khan is the strong voice of 220 million proud people of Pakistan and the opposition will have to be answerable for every loot and plunder. The accountability of the thieves and looters is imperative for developing the country, the CM asserted.

Usman Dar said the Kamyab Jawan Program is going on well while the Tigers Force is leading the mission of public service. The unnatural collusion of opposition parties will soon meet its logical end, he maintained. A prescient leader like Imran Khan is imperative for the survival of the country. On the other side, the opposition leaders have a corrupt past, he added.

Chief Minister Punjab Sardar Usman Buzdar visited different areas of Lahore late at night. The provincial administrator expressed displeasure over the closure of lights at some metro stations and directed to keep the lights functional at metro bus route. He also directed that action be initiated against the staff responsible for this neglect.

The CM also showed displeasure over poor cleanliness situation in some areas and directed to further improve general cleanliness as no compromise will be made on cleanliness arrangements. “Negligence in performing official duties is intolerable and the line departments will have to come up to public expectations. I’ll make surprise visits in future as well,” he added.