A contingent of Russian Special Forces has arrived in Pakistan for a two-week joint military exercise codenamed ‘Bruzhba 5’. 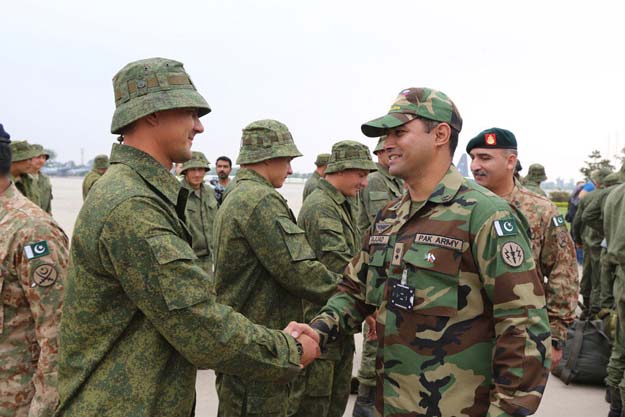 “Russian Federation Special Forces’ contingent arrived in Pakistan for two weeks long joint exercise Druzhba 5. The exercise is aimed at sharing both armies’ experiences in counterterrorism domain,” the ISPR said in a statement.

The exercise is part of Pak-Russia military cooperation. The fourth edition of ‘Bruzhba’ was held in Russia in October last year. The defence relations between the two countries have been strengthened since the signing of defence cooperation pact in 2014.

The joint military exercise “Druzhba 5” between Pakistan and Russia has been held annually since 2016. The exercises include aspects of counter terrorism and special operations.

Earlier in September, a contingent of the Pakistani armed forces participated in the opening ceremony of the multinational military exercise titled “Kavkaz-2020” in Astrakhan, Russia.

“This year, due to the epidemiological situation in the world, the stages of the exercise will be held in compliance with all measures to prevent spread of the new coronavirus infection. All Russian military personnel were tested for Covid-19 before leaving for the exercise,” the Russian defence ministry said.