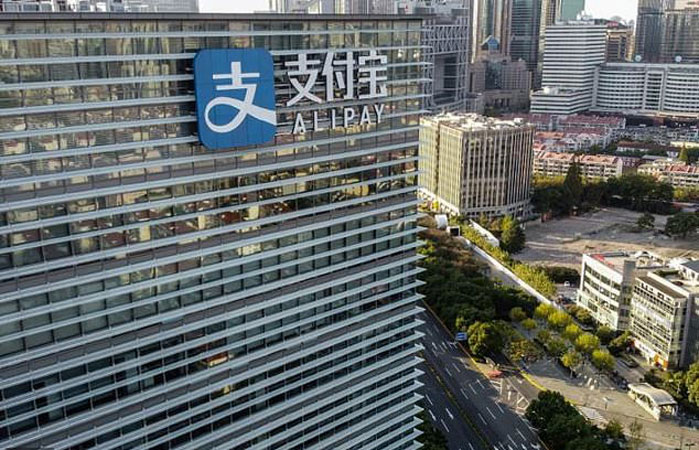 Ant Group’s Alipay platform has helped revolutionise commerce and personal finance in China China’s last-minute abandonment of Ant Group’s record-breaking IPO stems from an intensifying battle for the soul of the nation’s financial system that the fintech giant and its charismatic leader Jack Ma helped to ignite. Global markets were stunned Tuesday when Ant’s record-breaking $34 billion IPO was abruptly shelved, frustrating investors eager for a piece of the fast-growing company. The debacle has prompted head-scratching over how the IPO got so close — shares were to begin trading Thursday — only to collapse at the finish line. Analysts say it was the culmination of an escalating rivalry between Ma, Ant’s co-founder and the billionaire founder of Alibaba, and a state-dominated Chinese banking and regulatory system controlled by the Communist Party that has become uncomfortable with Ant’s growing power. Ant Group made its name via its main product Alipay, the online payments platform and super-app that is now deeply embedded in China’s economy. But the company has also expanded into offering loans, credit, investments and insurance to hundreds of millions of consumers and small businesses, spurring fear and jealously in a wider banking system geared more for supporting state policy and large corporations. As global demand for the dual Hong Kong-Shanghai listing pushed the IPO toward record valuations — potentially handing Ma and Ant Group even more funding, legitimacy and clout — Chinese regulators acted. In recent weeks, new minimum capital requirements and other restrictions on online lending were imposed to guard against “systemic risk”, plugging some of the regulatory gaps that Ant Group had stepped through, analysts said. “Given the magnitude of Ant Group’s operations, the regulators might have felt that they did not have an appropriate handle on the flow of money being processed through Ant Group products,” said Philippe Espinasse, a capital markets consultant and former investment banker. – Ma sounds off – The moves angered Ma, 56, who had stood to become Asia’s richest man via the IPO.

He uncharacteristically lashed out in a speech two weeks ago, saying capital requirements were outdated and that China lacked a true “financial ecosystem”. Ma likened Chinese banks to “pawn shops” for requiring loan collateral and implied that they underserved smaller, younger borrowers. Chinese public figures rarely call out the government, and the reaction was swift. A series of commentaries in government media mouthpieces pushed back against Ma, warning of extensive risks from online lenders like Ant Group and vowing tighter supervision. Things came to a head Monday when Ma and two other Ant executives were summoned to a highly unusual meeting with financial regulators. Exact details of the talks remain unknown, but the next day the Shanghai exchange pulled the IPO. Ma’s critiques “didn’t sit well with regulators, many of whom have been grappling with the risks of micro-lending”, said Alex Capri, a research fellow at Hinrich Foundation. “Ant has grown too large and too influential as a financial institution in China, something that will not be tolerated by the (ruling Communist Party),” Capri said. Experts say a robust online lending sector is needed to meet the needs of ordinary consumers but that China has reason to fear a borrowing binge. Bad debt in the country’s chaotic financial system is a perennial risk, and regulators launched a crackdown on a growing nationwide credit addiction three years ago owing to fears of a financial meltdown. – ‘Awful’ timing – But Ant now boasts around 500 million users of its loan and credit products, which allow consumers to take out cash loans or access revolving credit lines. This has stoked fears of a younger digital generation with little risk awareness falling into a life-long debt spiral, said Zhang Gang, a strategist with Central China Securities. “Because of Ant’s scale and influence, they may dominate private lending in the future and … (acquire) private lending companies,” said Zhang, who feels tighter regulations are badly needed.