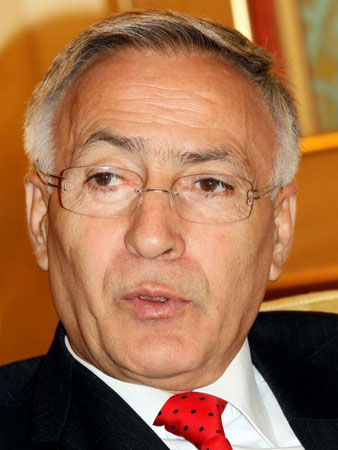 Former Kosovo Liberation Army spokesman and veteran Kosovar politician Jakup Krasniqi was arrested and transferred to The Hague on Wednesday, the Kosovo war crimes tribunal said in a statement. Krasniqi, the former speaker of parliament, will face charges of war crimes and crimes against humanity, the Kosovo Specialist Chamber added. It did not give details about the indictment against him. The Specialist Chamber was set up in The Hague in 2015 to handle cases of alleged crimes by Kosovo Liberation Army (KLA) guerrillas during the war that led to Kosovo’s independence from Serbia a decade later. The court is governed by Kosovo law but is staffed by international judges and prosecutors. It has its seat in The Hague.