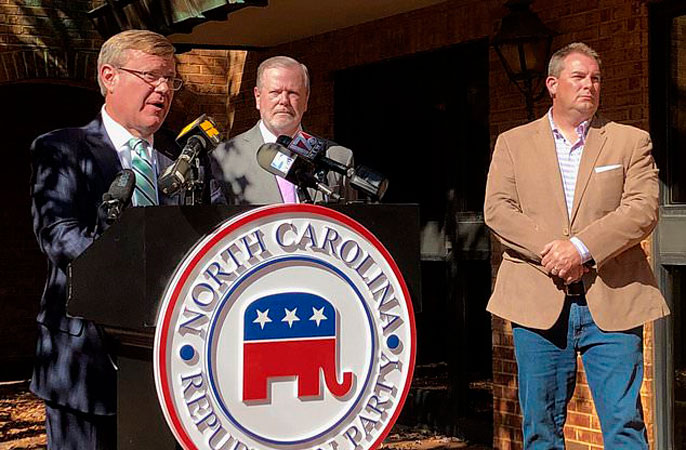 After a costly and intense political battle for control of state capitols, the composition of state legislatures and governors’ offices will look a lot like it did before Tuesday’s elections.

That means Republicans will again control significantly more states than Democrats, giving the GOP greater power over the once-a-decade task of redrawing congressional and legislative districts based on census results as well as a continued platform to push for conservative economic and social policies.

“When you look at state legislative races, a lot of money got spent, a lot of turnout was had, and yet the end result was pretty much where we started,” said Wendy Underhill, director of elections and redistricting at the National Conference of State Legislatures. “This was a status quo election.”

Heading into Tuesday, Republicans had full control of 29 state legislatures compared to 19 for Democrats. The GOP also held 26 governors’ offices while the Democrats had 24.

The GOP governors’ count grew by one as Montana voters elected U.S. Rep. Greg Gianforte to succeed term-limited Democratic Gov. Steve Bullock. Republicans also appeared to flip control of the New Hampshire House and Senate, according to tracking by the NCSL and national Republican and Democratic groups.

Control of the Republican-led Arizona House and Senate – which ranked among the Democrats’ top prospects for flipping chambers – remained undecided because of some close races.

If the Arizona chambers don’t flip, the 2020 elections could produce the smallest number of changes in chamber control since the 1944 general election, Underhill said.

Democrats, who began the campaign cycle with a “flip everything” motto, acknowledged their disappointment while pinning the blame partly on their failures of a decade ago. In the 2010 elections, Republicans flipped 21 legislative chambers while sweeping into office in many state capitols. They then used that newfound power in some states to draw voting districts that benefitted GOP candidates in future elections.

“The reality is we are still running on very gerrymandered maps,” said Christina Polizzi, national press secretary for the Democratic Legislative Campaign Committee. She added: “As a party, we are still paying for the losses of 2010.”

After being outspent by Republicans a decade ago, Democrats ramped up their efforts to win back chambers ahead of the next round of redistricting. The DLCC and four other Democratic-aligned groups combined to raise more than $100 million this election cycle. They were countered by the Republican state leadership committee, which had a target of about $70 million.

But Democrats failed Tuesday in several of their highly targeted states, including the Texas House, the North Carolina House and Senate, and the Florida House. The result is that Republicans will fully control redistricting in all three of those states, an advantage that’s even more important because each could gain U.S. House seats as a result of its population growth.

The election results “will put the Republican Party in a position where we´re able to secure a decade of power across the country” through redistricting, said Austin Chambers, president of the Republican State Leadership Committee.

But Republican redistricting power will be diminished in some states because of changes that occurred in recent years.

In Wisconsin, where the GOP-led Legislature drew some of the nation’s most pro-Republican maps, the GOP will not have enough votes to override a potential redistricting veto by Democratic Gov. Tony Evers, who won election in 2018.

In Michigan, where Republican lawmakers controlled the last redistricting, voters in 2018 approved the creation of an independent redistricting commission to handle the task after the 2020 census. Ohio voters also approved ballot measures that will reduce the potential for partisan dominance in redistricting, even though Republicans continue to control the Legislature and key executive offices.

David Pepper, the chair of the Ohio Democratic Party, said Democrats did make one important gain Tuesday by adding a justice to the state Supreme Court. He said a third Democrat on the seven-member high court could result in fairer maps for legislative and congressional races because it’s likely the court will end up enforcing redistricting procedures.

In North Carolina, Democratic Gov. Roy Cooper won re-election Tuesday but will have no legal authority to veto redistricting maps passed by the Republican-led Legislature. Cooper and Republican legislative leaders both talked of unity following their victories, but there were few signs that Republicans suddenly would embrace Cooper’s agenda for Medicaid expansion or back off their own agenda of lower taxes and school choice.

“You should expect to see the same policies that voters convincingly supported (by) returning Republicans to control the Legislature,” Senate leader Phil Berger said Wednesday.