In Venezuela, many hope Trump will win to keep pressure on Maduro 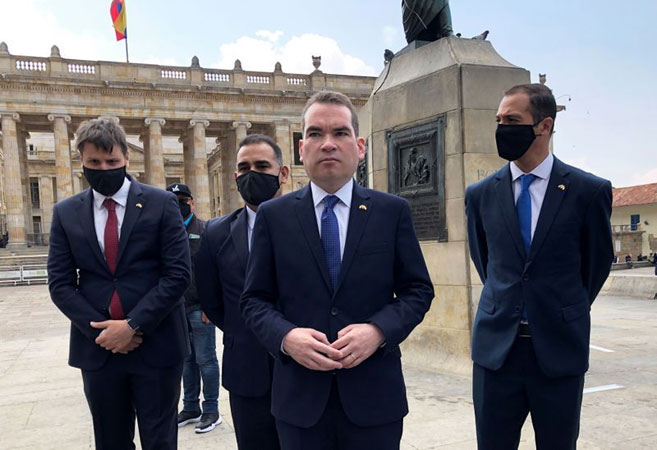 Many Venezuelans are hoping for the re-election of US President Donald Trump, whose campaign of aggressive sanctions against the South American nation’s ruling Socialist Party has won over a broad swathe of President Nicolas Maduro’s critics.

The Trump administration has promised that sanctions will cause the ouster of Maduro, who has overseen a catastrophic economic meltdown that fueled a mass exodus of migrants.

But the strategy has after nearly two years failed to shake him from power, and critics say the measures have exacerbated the once-prosperous OPEC member’s humanitarian crisis by hurting the government’s cash flow and complicating imports of critical goods like gasoline.

Despite Democratic candidate Joe Biden’s promises not to soften measures against Maduro, some Venezuelans believe he will take a less confrontational approach similar to that of former President Barack Obama.

Venezuelan opposition leader Juan Guaido hopes the United States will continue to pressure Maduro, regardless of whether Trump or Biden is declared the winner, Tomas Guanipa, Guaido’s representative in Colombia, said in the capital Bogota.

On a commercial street in middle-class eastern Caracas on Wednesday morning, where workers in fraying shirts and home-sewn face masks strolled up and down the streets, many people were convinced Trump would win. “Trump wins because he has stood up to these shameless people here in Venezuela, to Maduro,” said Jose Gregorio Bastidas, 56, a construction worker from the poor hillside barrio of Petare.

“Many people talk about ‘the blockade.’ The blockade is on the credit cards of Maduro’s ministers,” he said, in reference to Maduro’s accusations that the sanctions are the cause of Venezuela’s economic problems.

And some of Maduro’s most vocal adversaries openly criticize sanctions on the grounds that they have worsened living conditions without yielding a change in government. U.S. policy toward Venezuela was widely discussed on the campaign trail in Florida, particularly in Miami-Dade County, home to the state’s largest Venezuelan community – helping Trump win a narrow victory in Florida.