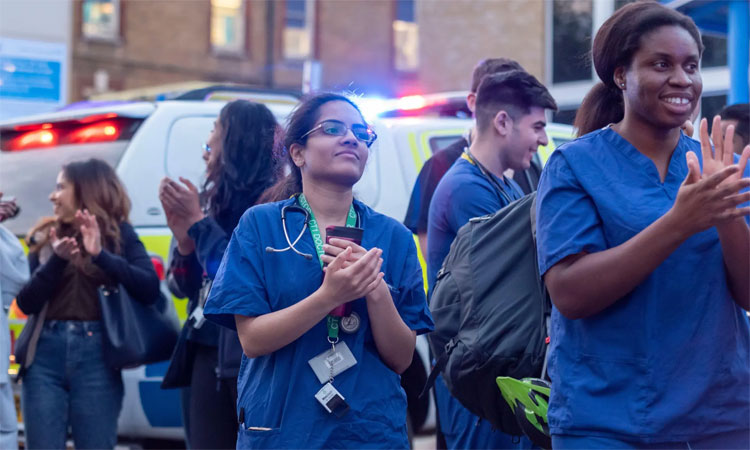 The Equality and Human Rights (EHRC) says it will examine the experiences of workers from a range of ethnic minorities employed in lower-paid roles within the health and social care sectors across England, Scotland, and Wales.

The Human Rights watchdog will also look at pre-existing work-related factors, such as workplace conditions, policies and training that may have contributed to their risk of COVID-19. Over the coming months, it will seek to understand the experiences of people working in the health and adult social care sectors, as well as looking into the institutions that commission and run these services such as the NHS, local authorities, umbrella bodies and private sector firms that deliver care in the home and community.

According to EHRC, a call for evidence will be announced in the coming weeks, as well as further details about an external Advisory Panel that will help to guide the work. The inquiry is the latest stage of the EHRC programme on race, which also includes a legal assessment on the Home Office’s ‘hostile environment’ policies. The EHRC has also repeatedly called for the Government to produce a comprehensive race equality strategy to address racial inequality across all areas of life.

The EHRC chief executive, Rebecca Hilsenrath, said the inquiry would help to answer questions about racial inequality “and make recommendations that can be applied to a number of other working environments where ethnic minorities are over-represented at the lowest-paid levels.

The EHRC begin the inquiry in the wake of Last month’s study commissioned by the mayor of London, Sadiq Khan which found that black people were at almost twice the risk of dying from Covid-19 as white people. The Sadiq Khan’s report highlighted the shocking disproportionate effect of Covid-19 in relation to disability, ethnicity, religion, gender, sexual orientation, gender identity, socioeconomic position, age, and other factors, including homelessness and being in prison.

The research analysed existing data from local and national sources to assess the impact of the pandemic on people with characteristics protected by law. It reveals that, across the country black people are at almost twice the risk of death from Covid-19 than White people, with men of Pakistani and Bangladeshi heritage 1.8 times more likely and women from the same backgrounds 1.6 times at greater risk.

The disparity is partly due to longstanding socio-economic inequalities and the increased likelihood of underlying health conditions as well as the overrepresentation of Black, Asian and minority ethnic people in careers such as health and social care, professions more likely to be exposed to the virus. In the capital, 16 per cent of Black workers are in insecure roles, compared with six per cent of White workers, the findings concluded in October.