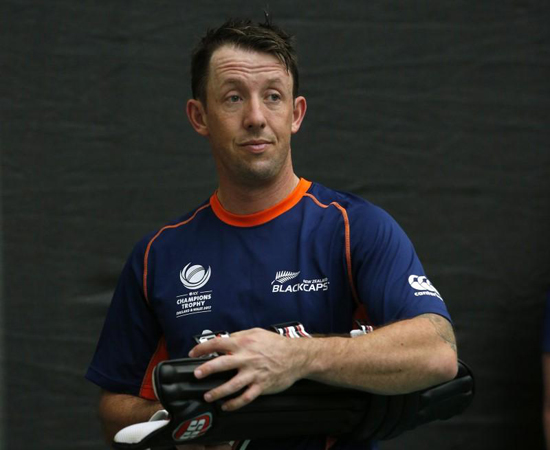 WELLINGTON: Former international wicketkeeper Luke Ronchi has been named the New Zealand team’s new batting coach, replacing former test batsman Peter Fulton who stepped down to become head coach of first class side Canterbury. Ronchi, who finished his international cricket career with New Zealand in 2017, had been working with the national team for the last two years concentrating on fielding and helping with the wicketkeepers. Fulton stepped down in July after about a year with the national team, having succeeded long-time batting coach Craig McMillan. “I’m absolutely pumped,” Ronchi said of his appointment, which begins in two weeks ahead of New Zealand’s series against West Indies. “I’ve really enjoyed being back with the team in recent seasons and it’s exciting to be given the opportunity full-time this summer. Getting the chance to continue working with our batsmen is a great honour and I’m looking forward to seeing how I can help improve their games and best prepare them to perform at the highest level.” Ronchi retired from international cricket in 2017 but had been playing in various Twenty20 leagues around the world until earlier this year.