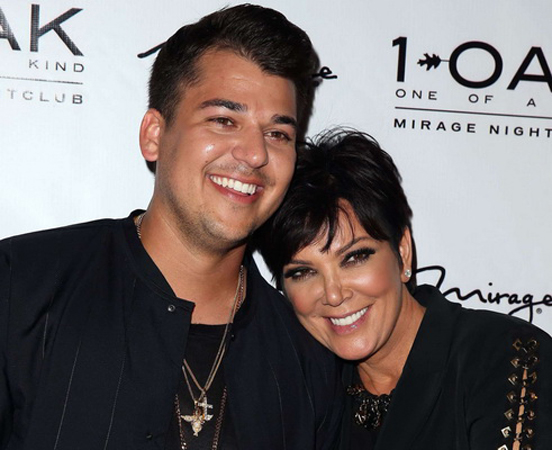 Keeping Up With… Rob Kardashian. Unlike his famous family, the star is known for shying away from the cameras and from social media. However, the often-private 33-year-old recently returned to the spotlight to celebrate his sister Kim Kardashian’s 40th birthday in October. As if that weren’t special enough, Rob made a rare appearance on an episode of Keeping Up With the Kardashians last month. And while the reality TV personality is slowly easing back into the limelight, one thing is certain: He’s living his best life, at least, according to mom Kris Jenner. In a candid interview with Cheryl Burke and AJ McLean, the self-proclaimed momager shared an update on her son. “He’s so good. He is so good,” Kris gushed on the latest podcast episode of iHeartRadio’s Pretty Messed Up. “He’s really great.” The Kardashian-Jenner matriarch added that Rob has been enjoying his dad duties with 3-year-old Dream Kardashian, who he shares with his ex Blac Chyna. “His daughter Dream is great and he’s so in love with that kid,” Kris continued.