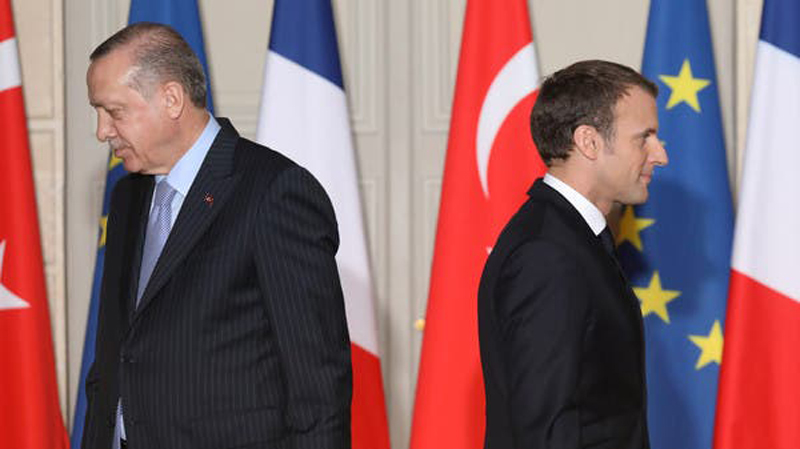 Slights and barbs have marred relations between France’s Emmanuel Macron and Turkey’s Tayyip Erdogan for years, but the row over cartoons has dragged them to a new low which could have more lasting consequences.

Officials on both sides describe a series of behind-the-scenes frosty exchanges and grudges between the two leaders going back years, long before the row of the past few weeks. But if they cannot find a way to mend bridges, momentum is likely to build for a proposal, driven by France, for European Union sanctions on Turkey’s already-fragile economy, according to Turkish analyst Sinan Ulgen.

“Neither Erdogan in Turkey nor Macron in France will step back,” said Ulgen, head of the Istanbul-based Centre for Economics and Foreign Policy Studies think tank.

A French official familiar with policy towards Turkey said that in the light of the events of the past few weeks: “The question of sanctions is going to be raised.”

EU leaders have already said that if Turkey fails to de-escalate tensions in the eastern Mediterranean by Dec. 10, sanctions would follow, though there is no draft proposal yet.

The latest dispute flared after a French teacher who showed pupils cartoons of the Prophet published in the French satirical weekly Charlie Hebdo was beheaded in France last month.

The French government, backed by many citizens, saw it as an attack on freedom of speech. Macron vowed to redouble efforts to stop conservative Islamic beliefs subverting French values.