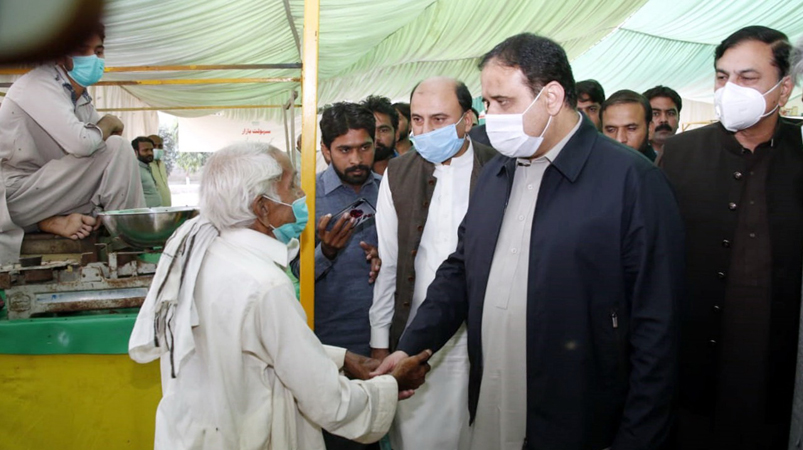 The CM approved the recruitment of 5700 policemen while presiding over a meeting at police investigation complex and directed to expedite the transfer of land to 101 police stations. The participants approved the proposal of necessary legislation for issuing driving licenses to deaf and dumb. The government wants a good police system and officers should open their doors to providing best services to the people. Every police officer enjoys the liberty of showing merit-based performance, he added.

The CM said the new vehicle will be given to police stations instead of using them for security. Meanwhile, 150 new vehicles are already provided to the police stations, he added. Model policing will be introduced as improving organizational capacity is a priority agenda of the PTI government. He appreciated the use of the latest technology adding that women safety app will save them from criminals. Public friendly policing should be introduced along with curbing of crime while working with a renewed passion for maintaining rule of law in the society, concluded the CM.

Meanwhile, Chief Minister Punjab Sardar Usman Buzdar paid a surprise visit to Sahulat Bazaars set up in Depalpur and Okara on Wednesday and directed to provide 2-kilogram sugar packet instead of one kilogram.

After his arrival to Depalpur, the CM went to sahulat bazaar in a police van while administration remained unaware about the arrival of the chief minister. Usman Buzdar inquired the citizens about the arrangements, quality and rates of different items and asked his staff officer to direct the local administration for an immediate solution. No neglect in the provision of relief to the masses will be tolerated, the CM emphasized. The buyers expressed their satisfaction over the facility of sahulat bazaar.

The CM stated that he has visited this bazaar to ensure that relief is being provided to the citizens. He impressed upon the government officials to monitor sahulat bazaars for prompt relief to the general public. I will also visit other cities soon, he disclosed. 20-kg flour bag is available at Rs. 845 and sugar are provided at Rs. 81 per kg in the sahulat bazaars. The government is committing to relieve the citizens from price hike and scope of sahulat bazaars will be further extended, he added. He also met with members of tiger force and commended their pro bono work. Provincial Minister Sumsam Bukhari was also present.

Separately, Chairman Punjab Board of Investment and Trade (PBIT) Sardar Tanvir Ilyas called on Chief Minister Punjab Sardar Usman Buzdar at his office and apprised him about the investment-friendly initiatives. The CM expressed the satisfaction that Punjab is taking the lead in every sector of life as different facilities are provided to the investors under one roof. He maintained the energy relief package of the PM will help promote investment along with the creation of more job opportunities. The CM regretted that the past government did not take any practical step for investment promotion and bankrupted the country by looting resources. It is sanguine Punjab is the most secure province for investors. A wonderful package has also been announced for the construction industry by the provincial government by introducing a one-window system for construction sector related NOCs, he further said.