Despite several MoUs, no trade between Ukraine, Pakistan 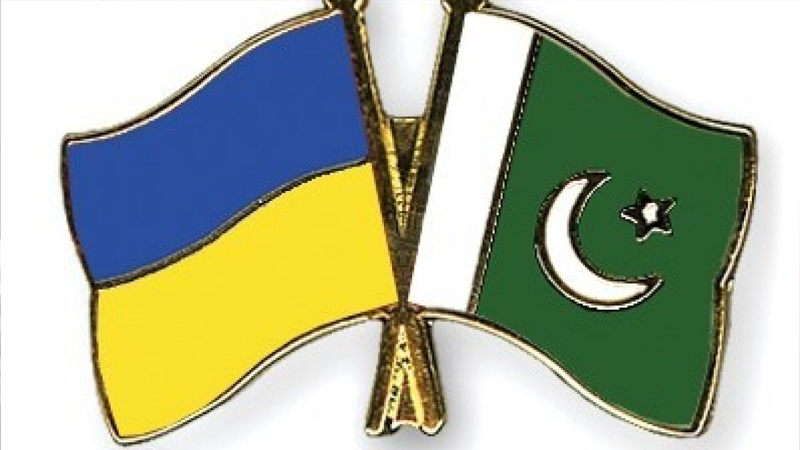 Military cooperation between Pakistan and Ukraine must be exploited to enhance bilateral trade between the two countries and in this connection recommendations are being made for the appointment of a commercial Attaché in Pakistani embassy in Kyiv, said Major General (Retired) Noel Israel Khokhar, Pakistani designated ambassador to Ukraine. He was addressing a function in the Faisalabad Chamber of Commerce & Industry (FCCI) on Tuesday.

He said that Pakistani exporters are well versed with Middle East, Western Europe and African markets while their information about Eastern Europe is not up to the mark. He said that geographically Ukraine is the biggest country of Eastern Europe which is equivalent to Russia in technological, Nuclear and defense advancements. He said that after the dismemberment of USSR, Ukraine also got independence but contrary to the Russian aspirations, it joined the European Union (EU) instead of sticking to the Russian block. He said that we got basic technology from Ukraine and developed the latest Al-Khalid Tank while this country is also ready for technology transfer. Mr. Khokhar told that as many as 11-12 MOUs (Memorandum Of Understanding) were proposed covering different fields of bilateral trade. He said that Ukraine has signed these MOUs but these are lying dormant due to the non-ratification by Pakistan.

“I shall try my best to expedite work on these MOUs so that bilateral trade could be promoted’’ he said and assured to provide details of reliable Ukrainian companies and businessmen so that Pakistani exporters could start businesses with them without any fear of fraud. He said that FCCI in collaboration with Sialkot and Gujranwala Chamber could also organize a single country exhibition in Kyiv. He said that Pakistan could get access to the entire Europe through Ukraine. Similarly it could also start indirect export to the surrounding seven other states. Responding to a question, he said that the University of Agriculture Faisalabad had also inked an MOU with Ukraine but no one is aware of its fate. “I shall restart work on it to make this MOU functional for the betterment of the country’’ he added. He said that Ukraine is the most suitable and cheap country for the education of technology and medicine but despite this fact only three to four hundred Pakistani students are studying in Ukraine whereas the number of Indian students is reportedly around 8 thousand. He said that the main reason for this poor performance is that the Higher Education Commission of Pakistan has not yet recognized the degrees of Ukraine. “It is a matter of serious concern that MOU in this respect was also pending for the last eight years”, he added. About export of poultry products to Ukraine, Mr. Khokhar said that he was unaware of the potential of this sector. “However now he will focus on the export of chicken and eggs directly to the Ukraine” , he said and added that he will request Ukrainian ambassador in Pakistan to visit FCCI to bridge the gap between the business communities of the two countries. Regarding the steel industry, he said that many units in Ukraine were closed after the dismemberment of the USSR and he will try to restart these units as joint ventures with Pakistani collaboration.

Earlier President Engineer Hafiz Ihtasham Javed introduced Faisalabad and FCCI and told that this city was contributing 20% share in the overall economy of Pakistan. He said that textile is the iconic representation of Faisalabad as it has state of the art textile units which are manufacturing world class brands for the entire world. Poultry and other sectors are also making phenomenal development and are ready to enter into the export sector in a big way. He further said that Faisalabad has one of the biggest special economic zones while Asia’s biggest sock manufacturing unit is also situated in this city. He said that our businessmen could make investment in Pakistan and other countries provided they feel themselves safe and secure. Earlier Major (R) Taseer Akram of the “Warriors of Lyallpur” briefly introduced Major General Retired Noel Khokhar while Rana Sikandar Azam, Mr. Kashif Zia, Mirza Aslam, Ashfaq Ashraf, Miss Zille Huma, Tahir Yaqoob,Dr. Sajjad Arshad,Dr. Khalid Mahmood Shauq and Dr. Zaeem took part in the question answer session. Later Engineer Hafiz Ihtasham Javed presented FCCI shield to Retired Major General Noel Khokhar while Chaudhary Talat Mahmood Senior Vice President offered vote of thanks.