* Ozdemir, who is in Pakistan on a four-day visit, travelled up to Pakistan’s scenic Murree hills on Monday to explore different parts of the country 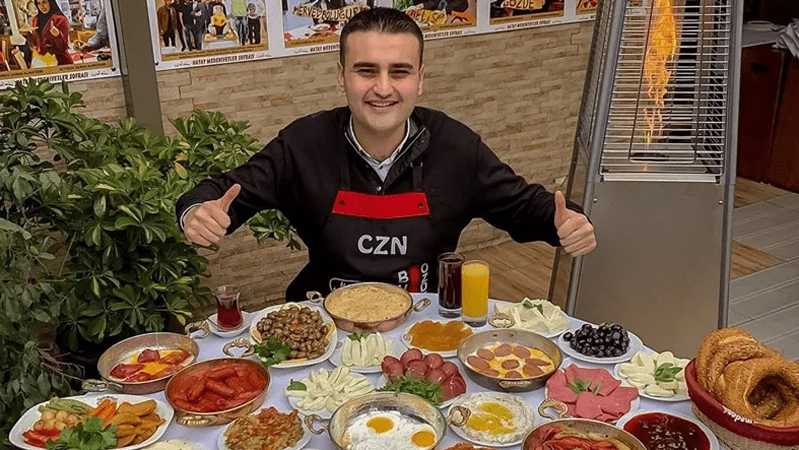 Renowned Turkish chef, restaurateur and social media sensation Burak Ozdemir has fallen in love with Pakistani cuisine, especially the tea, as he shared a video paying tribute to Pakistani tea.

His video, where Ozdemir is saying “the tea is fantastic” is also going viral as the clip is an apparent jab at Indian Air Force pilot Abhinandan who was captured by Pakistan after February 27, 2019 clash.

Ozdemir, who is in Pakistan on a four-day visit, travelled up to Pakistan’s scenic Murree hills on Monday to explore different parts of the country.

In a statement, Ozdemir said that he is feeling great being in Pakistan and also announced to promote the natural beauty of Pakistan.

The chef with over 4.5 million followers on social media also took a picture with the flag of Azad Kashmir.

Burak Özdemir had arrived in Pakistan on Saturday on a four-day visit. The Turkish chef had visited the Army Museum in Rawalpindi on Sunday. Ozdemir started his tour of the museum from a sculpture of Quaid Azam awarding a national emblem to an Army unit.

The Turkish chef took a special interest in Indian military equipment that was captured by the Pakistan Army in various wars, including the jeep of an Indian general. The 26-year-old Turkish chef had also announced that he will soon open a restaurant in Pakistan.