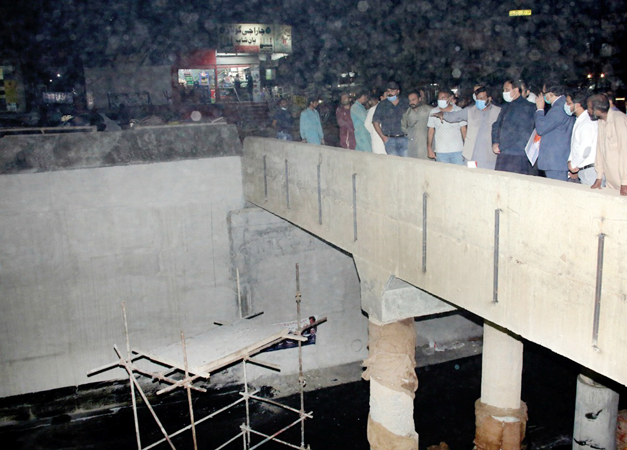 Chief Minister Punjab Sardar Usman Buzdar has stressed that every Muslim has a tremendous emotional attachment with Holy Prophet Muhammad (Peace Be Upon Him) and Muslims prioritizes it over everything.

While addressing the presser at his office on Tuesday, the CM emphasized the West must understand that Muslims can sacrifice their lives but any disrespect to the great personality of Holy Prophet Muhammad (Peace Be Upon Him) is intolerable in any manner. It is regrettable that abhorrent attempts have been made in Denmark, Norway and other countries to play with the sentiments of the Muslims. Students were forcibly shown blasphemous caricatures in the garb of freedom of expression in France and this is, indeed, an evil attempt to hurt the feeling of the Muslims around the world, the CM emphasized. He further emphasized that nefarious attempts made in the garb of freedom of expression are totally intolerable and the PTI government strongly condemns such profane cartoons in the strongest possible words.

The chief minister demanded the United Nations to immediately put a worldwide ban to all such blasphemous attempts about the Holy Prophet Muhammad (Peace Be Upon Him) as well as other Prophets. I am deeply saddened over this despicable attempt, he stressed. If anyone is upset over questioning the genuineness of holocaust, then why the emotions of 1.75 billion Muslims are hurt, again and again, he asked. He further stressed the OIC and other bodies to proactively respond to it so that no one could dare to repeat it.

The CM disclosed the government has decided to officially celebrate Shan-e-Rehmat-ul-Aalmeen (PBUH) Week in Rabi-ul-Awal every year. Starting from Naatia Mushaira at Alhamra Lahore, different celebrations, including mehfil-e-sama and international Ulema & mashaikh conference, will be held this week to illustrate the glorious character of Holy Prophet Muhammad (Peace Be Upon Him), he added. Similarly, declamation contests will also be held at different level every year. During the week, Na’at Khawani and Qawali mahafil will also be held at district, divisional and provincial level, he said.

The CM announced Rehmat-ul-Aalmeen Scholarship with an initial grant of Rs.50 crore adding that half the amount will be utilized for giving stipends to position- holders while rest of the money will be utilized to given Rehmat-ul-Aalmeen Scholarships to the needy matriculate students for further studies. This fund will be increased every year and Rehmat-ul-Aalmeen Chairs are also being established in government-run universities in different divisions, he added. Meanwhile, the scholarships will be given for conducting research on the Seerat-un-Nabi (PBUH) in world-class universities, he said. Islamic calligraphy competitions will be held and documentaries will be aired at electronic and social media platforms with English and French subtitles to highlight the blessed life of the Holy Prophet Muhammad (Peace Be Upon Him), he said.

The CM announced that Shan-e-Rehmet-ul-Aalmeen (PBUH) Week will be celebrated with religious fervour every year and committees will be constituted. Provincial Minister Saeed ul Hassan Shah, Special Assistant for Information Dr Firdous Ashiq Awan and others will be included in ministerial committee while secretariat level committee will also be constituted. The celebrations will start from next week and schedule will be announced, he said.

The CM directed to vigorously project the pro-Pakistan narrative of Prime Minister Imran Khan along with public welfare initiatives. The 2-years performance of the PTI government is better than the previous governments, he said. He said the government is striving to facilitate the people and I am the custodian of the rights of the citizens. No one will be allowed to make a dacoity over public interest, the CM said.

The CM stated the slanderous campaign against institutions is, in fact, a conspiracy to weaken the country and the government will defend institutions at every level. The anti-state narrative of the opposition has been badly failed, he added.