CPEC continues to progress amid pandemic

A second wave of the novel coronavirus has begun. Already the public health crisis has had a huge impact on the global economy. One of the few bright spots is China’s economy is rapidly recovering after it took decisive action in its battle against the virus. China’s exports climbed by 9.5 percent during August and this bears testimony to the huge trust countries have in China’s unbreakable supply chains. This has been of particular importance to those countries participating in the Belt and Road Initiative, as China’s economic recovery has meant cooperation under the framework of the initiative has been sustained.

A manifestation of the close-knit cooperation between Pakistan and China, the China-Pakistan Economic Corridor is the crown of their economic ties and it has been progressing at a steady pace despite the pandemic.

Pakistan-China strategic partnership, based on mutual interests, has stood up to all the tests of the times. China-Pakistan Economic Corridor (CPEC), the biggest joint venture, is a collection of infrastructures being built to enhance the geographical linkages connecting China’s Xinjiang to Arabian Sea, through Pakistan, giving it a way out to the sea at Gwadar, for their trade with the Far East and the West. Besides China and Pakistan, the project will also have positive impact on Iran, Afghanistan, Central Asian Republics and even India. Improved road, rail and air transport systems with free exchanges of growth/people to people contact, enhanced understanding through academic, cultural and regional knowledge and smooth flow of trade and businesses through a win-win model is likely to result in a well-connected integrated region of shared destiny, harmony and development.

For Pakistan, CPEC is intended to rapidly upgrade the required infrastructure and strengthen its economy by construction of modern transport network, numerous energy projects and Special Economic Zones. Despite all the resistance from the adversaries, construction is successfully on its way to a timely completion.

Resistance and criticism of the CPEC by the US and its allies is quite understandable. However, their policy of a stick and carrot through continuous warnings to Pakistan on the project, facilitating/encouraging anti-state nationalist elements for their anti-CPEC rhetoric at home and abroad and offering new business opportunities to Pakistan, have not made any impact on the project.

It is important to note that the CPEC remains the largest and one of the most active of all the Belt and Road programs and it is contributing toward the realization of the vision and mission to create a modern Silk Road that is based on connectivity, togetherness and a community with a shared future. It is also important to note the CPEC projects remain safe from the virus even though there are hundreds of thousands of nationals working in both Pakistan and in China. Currently the people-centric second phase is ongoing with the focus on agriculture cooperation, industrial cooperation and socioeconomic development.

The CPEC is helping to alleviate poverty and improving people’s lives. Pakistan is expected to build an economic development environment that can offer more than 2.3 million employment opportunities. The pandemic has been a severe test for all countries. But Pakistan and China have been steadfast in their support for each other. In March, Pakistani President Arif Alvi was one of the first heads of state to visit Beijing and meet with President Xi Jinping after the outbreak of the virus. On Aug 21, in a message to President Alvi, President Xi stressed the importance of the CPEC to deepening the China-Pakistan all-weather strategic cooperative partnership and building an even closer community with a shared future between the two countries.

Contrary to negative speculation, China has not withdrawn engineers working on CPEC projects nor laid off Pakistani workers since the outbreak of covid-19 in Pakistan. Currently, CPEC hosts nearly 7000 Chinese and 40,000 Pakistani employees. Over 40,000 Pakistani families are directly supported by the CPEC projects.

It is heartening that, owing to concerted precautions for preventing COVID-19, no infection occurred at any of the CPEC projects. The Chinese companies attach great importance to the protection of both Chinese and Pakistani employees. Some companies are planning to send medical teams to Pakistan to better protect the projects and the joint interests of the two peoples.

Despite the black clouds of covid-19 hovering, CPEC endeavours in the backdrop of the pandemic are providing social, industrial and economic support to Pakistan

During the pandemic, China has provided material support to Pakistan, including masks, ventilators, medicines and all kinds of supplies. And when China was struggling against the virus, Pakistan immediately expressed its solidarity and offered donations and assistance despite its own difficulties. Both countries committed to continue cooperation on the CPEC, and the work on CPEC projects has continued with the same vigor as before. Precautionary measures of all kinds and revised standard operating procedures were adopted but progress on the projects neither stopped nor slowed.

The Orange Line Metro Train, an early harvest project under the CPEC, was inaugurated in Lahore on Oct 25. The subway is considered one of the most advanced railway transport projects in South Asia. Two major hydroelectric power projects, Diamir Bhasha Dam and Azad Pattan Hydel Power Project, have also been inaugurated. In all, nine energy projects of the CPEC have been completed with eight more under construction. These energy projects are helping diverse sectors including agriculture, industry and energy.

The sharing of technology expertise and best practices in agriculture between China and Pakistan is also underway. Recently, we have witnessed the collaboration of Pakistan and China in relation to the plagues of locust in various parts of Pakistan. The CPEC is attracting investment and building the confidence on Pakistan from across the world. All these developments refute the negative narratives about the CPEC.

Apart from this, the CPEC is also helping to contribute toward the building of a Health Silk Road and a Digital Silk Road. Being an important artery of the Belt and Road Initiative, the CPEC is diversifying its approach and scope through strong communications, trade and infrastructure and business development opportunities.

The CPEC has helped Pakistan to cope with the challenges resulting from the pandemic. Through stability at the economic level due to the CPEC, Pakistan has been able to recover faster from the challenges posed by the public health crisis. And not only has Pakistan befitted from the Health Silk Road but also the dividends that have been shared across the world through the networks and cooperation forged under the framework of the Belt and Road Initiative.

With the world struggling to cope with the global shortage of medical supplies, China has been helping the world as a result of the connectivity fostered by the Belt and Road Initiative. This is true for Pakistan too where the equipment and protective supplies helped to ensure the country’s effective response to the virus.

Throughout the pandemic, collaboration between China and Pakistan has continued on all levels, including the state level, regional level and local level. Leading Chinese enterprises are also showing a keen interest in Pakistani market.

Although the challenges are great, the tireless efforts of both sides mean the friendship and trust between Pakistan and China is beyond any challenge and divide. And both sides believe that the CPEC will not only benefit both countries, but also produce substantial economic and social benefits for the region. 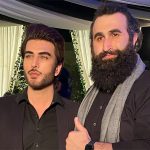 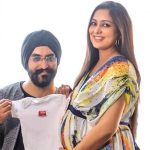 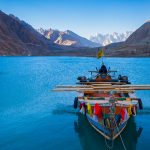 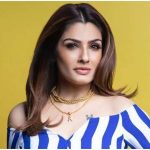 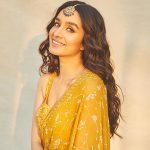