Gunmen attacked six locations in central Vienna on Monday starting outside the main synagogue, killing two people and injuring at least 14 in what Austria called a “repulsive terror attack” while hunting one or more assailants on the loose. 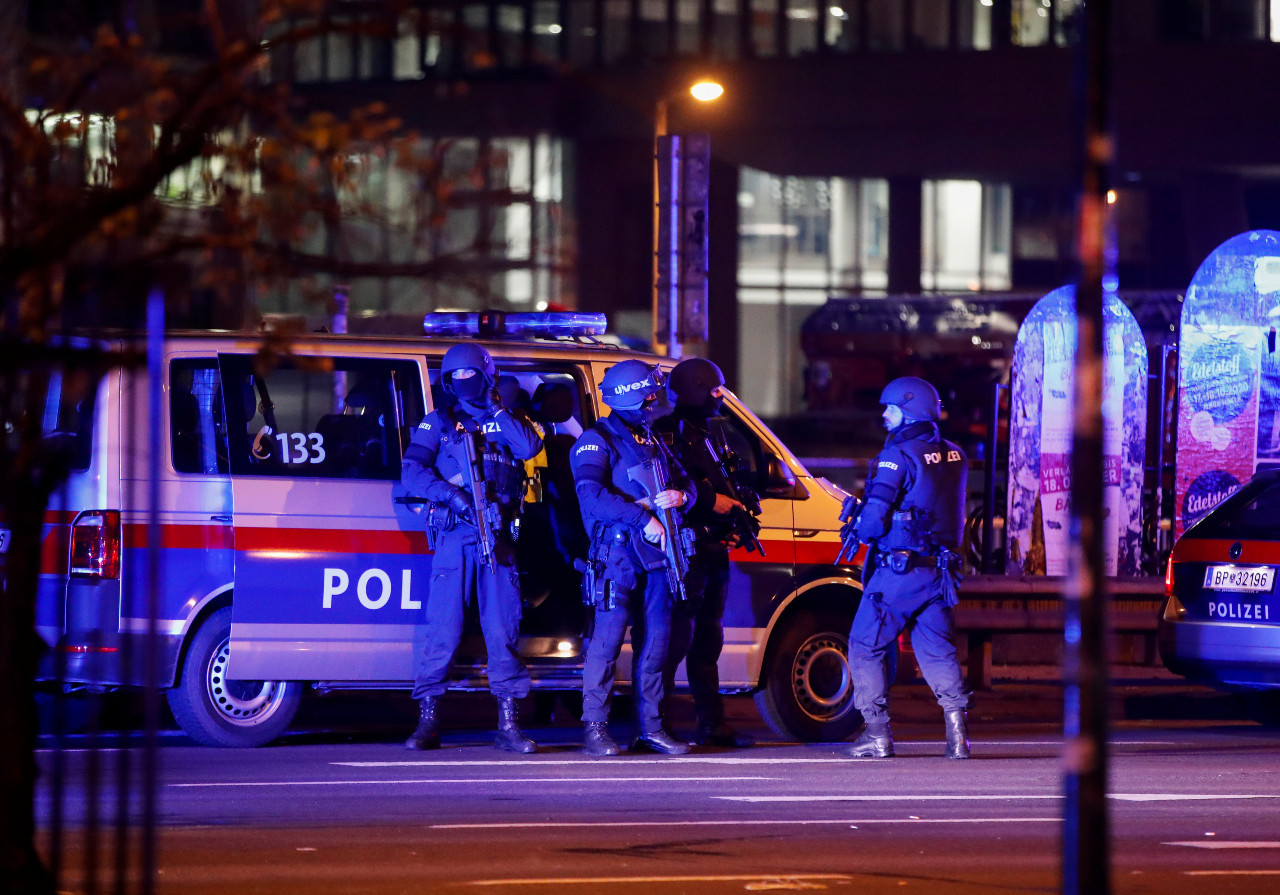 Witnesses described the men firing into crowds in bars with automatic rifles, as many people took advantage of the last evening before a nationwide curfew was introduced due to COVID-19. Police shot and killed one assailant.

Police sealed off much of the historic centre of Vienna, urging the public to shelter in place. Many sought refuge in bars and hotels, while public transport throughout the old town was shut down and police scoured the city.

The Interior Minister Nehammer repeated calls for the public to stay at home on Tuesday in an early morning televised news conference. He called the incident an attack on Austria’s values and democratic society. “The attacker sympathised with the militant terrorist group IS,” he said referring to ISIS. The interior minister however, declined to elaborate, citing the ongoing investigation.

Officials said schools would be closed on Tuesday.

Frequent sirens and helicopters could be heard as emergency services responded to the shootings, and a large area of central Vienna was cordoned off.