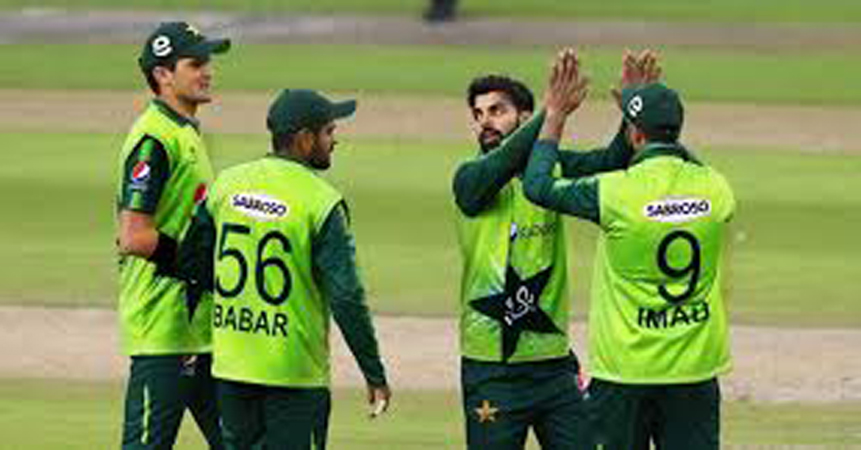 RAWALPINDI: With the series in the bag already, Pakistan will hope to make it three in three when they take on Zimbabwe in the third and final one-day international at the Rawalpindi Cricket Stadium here on Tuesday (today). Victory in the final contest will extend Pakistan’s winning streak to nine, their third best. Their best winning streak, and joint-second best in ODI history, was a 12-match run in 2007-08, though that included 11 wins against Zimbabwe and Bangladesh. A win will also see Pakistan go top of the ICC Men’s Cricket World Cup Super League points table. The Super League has been introduced by the International Cricket Council to bring context to ODI cricket and to confirm the top seven teams with direct spots for the World Cup along with hosts India.

Zimbabwe have had some promising performances in the first two matches, but have failed to string together a perfect team effort. Pakistan, on the other hand, have had contributions coming in from all quarters. The area the visitors would most like to fix would be the top order, which hasn’t fired in either of the two matches. The onus will be on captain and opener Chamu Chibhabha to help deliver Zimbabwe with a strong start in the final match. That, however, will be no easy task against Pakistan’s formidable attack. Where fast bowlers Shaheen Shah Afridi and Wahab Riaz did most of the damage in the first ODI, spinner Iftikhar Ahmed led the charge in the second match.

With the quicks having provided a great start, Iftikhar Ahmed chipped away into the middle order with only Sean Williams (75 off 70) going past fifty. The off-spinner struck key blows, including the wickets of Brendan Taylor and Williams on his way to a career-best haul of 5-40. After having missed out in the first match, newly-appointed captain Babar Azam excelled in the second game striking a fluent 74-ball 77 not our to steer Pakistan to a six-wicket win in a modest chase of 207. Iftikhar said: “I have worked on my skills, I am playing as a batting all-rounder and I’ve honed my skills since the England tour. I bowl a lot of variations, depending on the wicket and that’s what gives me success. My batting preparation has been good too, and the youngsters have done quite well as well.”

The other serious challenge hampering Zimbabwe is a lack of genuinely probing pace and swing bowlers. Blessing Muzarabani is probably the likeliest to have a long career, but Carl Mumba and Richard Ngarava never quite mustered the threat you might expect with the new ball, and nor, over his career, has Donald Tiripano. Finding and developing quality pace is perhaps the hardest skill of all, both from a scouting and coaching perspective, but for this series, Zimbabwe lack it, and may continue to pay the price.

Meanwhile, the Pakistan Cricket Board (PCB) has named a 15-member squad for the third ODI against Zimbabwe. The selectors have made three changes in the squad that defeated the touring side by six wickets in the second match before outplaying Zimbabwe in the opener by 26 runs and took an unassailable 2-0 lead in the three match series. According to chief selector Misbahul Haq, new players Zafar Gohar, Abdullah Shafiq and Muhammad Husnain have been included in the squad in place of Abid Ali, Imad Wasim and Haris Rauf.