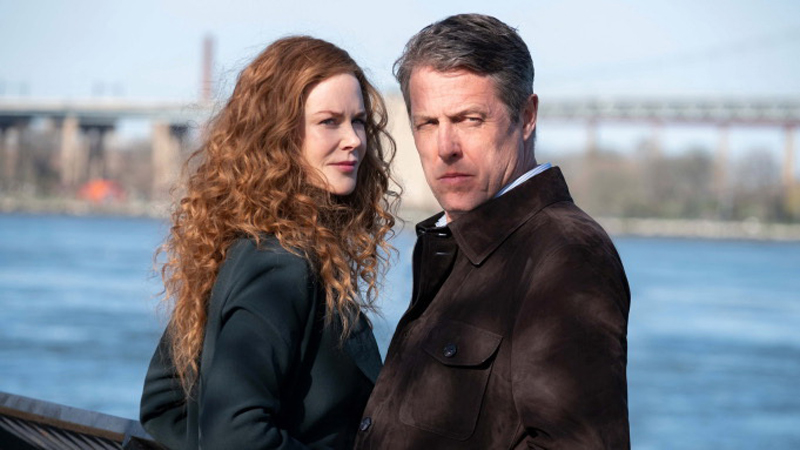 HBO’s The Undoing is a psychological thriller miniseries created by David E Kelley, who is known for Big Little Lies.

It stars Nicole Kidman and Hugh Grant in the lead roles.

The series, based on the 2014 novel You Should Have Known by Jean Hanff Korelitz, has Kidman and Grant playing the role of a wealthy Manhattan couple, the Frasers, who live with their young son. While Kidman’s character Grace Fraser is a therapist, Grant’s Jonathan Fraser is an oncologist.

Grace is perfectly happy with her husband and child. However, she finds that life in Manhattan, particularly among prissy, condescending women she has to rub shoulders with as part of an auction committee, stifles her.

The gruesome murder of an acquaintance throws her life into disarray. The premiere episode reveals only a little beyond the said tragic event, but we do see her unravelling a little bit. It is not just the murder. It is something close to home.

The Undoing is off to a flying start. The promising ingredients were all there — whether be it the superlative creative team, the fantastic cast — and the final result turned out to be absolutely delectable. Well, so far, anyway.

The episode begins in a slow-burn fashion, but the pace picks up soon and by the end, the pilot episode, which shares the same title as the series, has set the stage for a gripping psychological thriller.

Both Nicole Kidman and Hugh Grant are superb, though one often wishes there was more Grant here. The British actor is playing a version of his regular charming, self-effacing misanthrope he has played so many times, and yet he manages to come off compelling here. He steals the show in the few minutes he’s been allotted.

Kidman is not far behind, and since this is her series, the actor’s range really matters here as the character goes through myriad emotions in these 50-odd minutes.