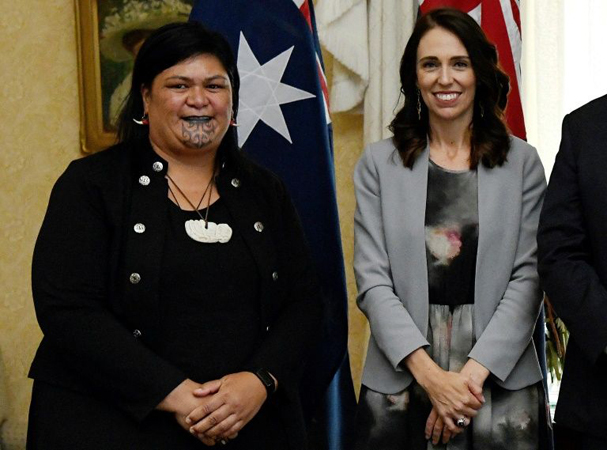 The centre-left leader revamped her ministerial line-up in the wake of a landslide election victory, saying her second-term priorities were responding to Covid-19 and promoting economic recovery.

Women and the Maori community are also strongly represented in the 20-member cabinet, including new Foreign Minister Nanaia Mahuta, who has a moko kauae — a traditional Maori tattoo on the chin.

While expressing pride at her cabinet’s diversity, Ardern also said appointments were made on merit.

“It is both a cabinet with huge merit and talent, which also happens to be incredibly diverse,” the 40-year-old said. “I think it’s an important point to make — these are individuals who have been promoted for what they bring to the cabinet, they also reflect the New Zealand that elected them.

“I think as a country we should be proud of this.”

Robertson, 49, who was chief strategist during Ardern’s election campaign, retains the finance portfolio he held in the first term and also becomes infrastructure minister. Asked about the significance of having a gay man in the role, Ardern said her reasons for selecting him were his leadership qualities, not how he identified.

“One of the amazing things about New Zealand is that we are often in a space where these questions become secondary,” she said.

“The representation is there and that is not the first consideration, that is often not how our members first and foremost identify themselves.”

She said the change would allow Hipkins to focus on issues such as border control and managed isolation, without distraction from the wider health portfolio.

While Ardern won the election with an absolute majority, meaning her Labour Party can govern alone, she also appointed two Greens lawmakers to ministries outside the cabinet. One Greens co-leader, James Shaw, will become climate change minister and the other, Marama Davidson, will have a portfolio focusing on preventing family and sexual violence. The government will be sworn in on Friday.