At least 19 killed in attack on Kabul University 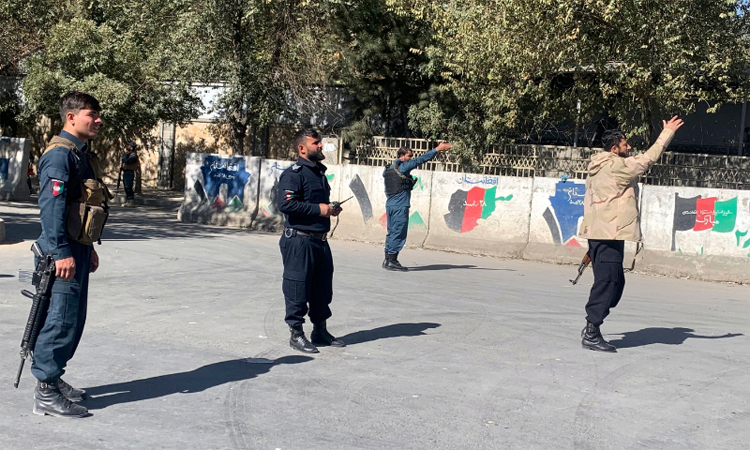 At least 22 others were injured, according to the spokesperson for the Afghan interior ministry.

The attackers were targeting students and fired on them as they fled in the Afghan capital, one witness said.

“They were shooting at every student they saw,” Fathullah Moradi told Reuters, saying he had managed to escape through one of the university’s gates with a group of friends.

The attack took place as the varsity was hosting a book fair attended by the Iranian ambassador to Afghanistan.

The Taliban said their fighters were not involved in the assault. No other group immediately claimed responsibility.

Witnesses said the attack followed an explosion in the area.

“At least 10 killed many others wounded,” the senior government official told Reuters on condition of anonymity as he was not authorised to speak to media.

The attack ended after several hours with security forces killing three of the attackers, the interior ministry spokesperson said.

While Afghan officials declined to discuss the bookfair, Iran’s semiofficial ISNA news agency reported on Sunday that Iranian Ambassador Bahador Aminian and cultural attaché Mojtaba Noroozi were scheduled to inaugurate the fair, which would host some 40 Iranian publishers. Iranian state television reported the attack occurred, but did not offer information on its officials. Iranian diplomats have been targeted previously by attacks in the country and nearly sparked a war between the two countries. In 1998, Iran held the Taliban responsible for the deaths of nine Iranian diplomats who were working in its consulate in northern Afghanistan and sent reinforcements to the 950-kilometre-long border that Iran and Afghanistan share.

“This is the second attack on educational institutions in Kabul in ten days. Afghan children and youth need to feel safe going to school,” he said in a statement.

Violence has plagued Afghanistan while government and Taliban negotiators have been meeting in Qatar to try to broker a peace deal and as the United States brings home its troops.

Meanwhile, Pakistan on Monday strongly condemned an attack at the Kabul University in Afghanistan and expressed its grief over the loss of life in the terror incident.

Foreign Office Spokesman Zahid Hafeez Chaudhri while condemning the incident said that Pakistan stands alongside the Afghan people in this difficult time and condole with the families of the victims.

We strongly oppose all sorts of terror acts, said the foreign office while reiterating the country’s stance of continuing its support for the peaceful and stable Afghanistan.