‘You are no longer my mother’: A divided America will struggle to heal after Trump era 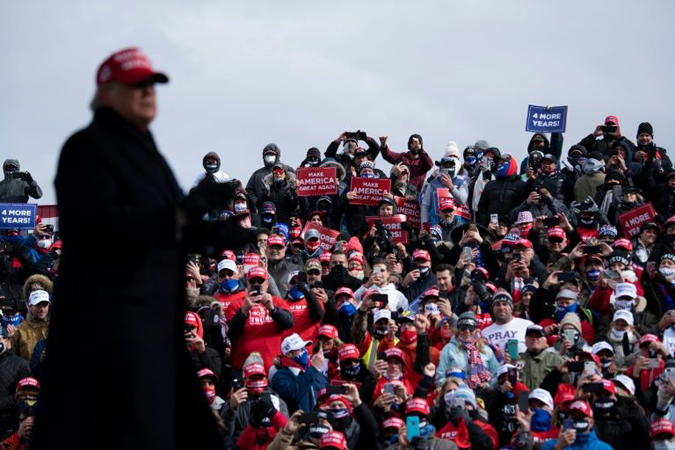 When lifelong Democrat Mayra Gomez told her 21-year-old son five months ago that she was voting for Donald Trump in Tuesday’s presidential election, he cut her out of his life.

“He specifically told me, ‘You are no longer my mother, because you are voting for Trump’,” Gomez, 41, a personal care worker in Milwaukee, told Reuters. Their last conversation was so bitter that she is not sure they can reconcile, even if Trump loses his re-election bid.

“The damage is done. In people’s minds, Trump is a monster. It’s sad. There are people not talking to me anymore, and I’m not sure that will change,” said Gomez, who is a fan of Trump’s crackdown on illegal immigrants and handling of the economy.

Gomez is not alone in thinking the bitter splits within families and among friends over Trump’s tumultuous presidency will be difficult, if not impossible, to repair, even after he leaves office.

Throughout his nearly four-year norm-smashing presidency Trump has stirred strong emotions among both supporters and opponents. Many of his backers admire his moves to overhaul immigration, his appointment of conservative judges, his willingness to throw convention to the wind and his harsh rhetoric, which they call straight talk.

Democrats and other critics see the former real estate developer and reality show personality as a threat to American democracy, a serial liar and a racist who mismanaged the novel coronavirus pandemic that has killed more than 230,000 people in the United States so far. Trump dismisses those characterizations as “fake news.”

Now, with Trump trailing Biden in opinion polls, people are beginning to ask whether the fractures caused by one of the most polarizing presidencies in U.S. history could be healed if Trump loses the election.

“Unfortunately, I don’t think national healing is as easy as changing the president,” said Jaime Saal, a psychotherapist at the Rochester Center for Behavioral Medicine in Rochester Hills, Michigan.

“It takes time and it takes effort, and it takes both parties – no pun intended – being willing to let go and move forward,” she said.

Saal said tensions in people’s personal relationships have spiked given the political, health and social dynamics facing the United States. Most often she sees clients who have political rifts with siblings, parents or in-laws, as opposed to spouses.

Trump’s election in 2016 divided families, tore up friendships and turned neighbor against neighbor. Many have turned to Facebook and Twitter to deliver no-holds-barred posts bashing both Trump and his many critics, while the president’s own freewheeling tweets have also inflamed tensions.

A September report by the non-partisan Pew Research Center found that nearly 80% of Trump and Biden supporters said they had few or no friends who supported the other candidate.