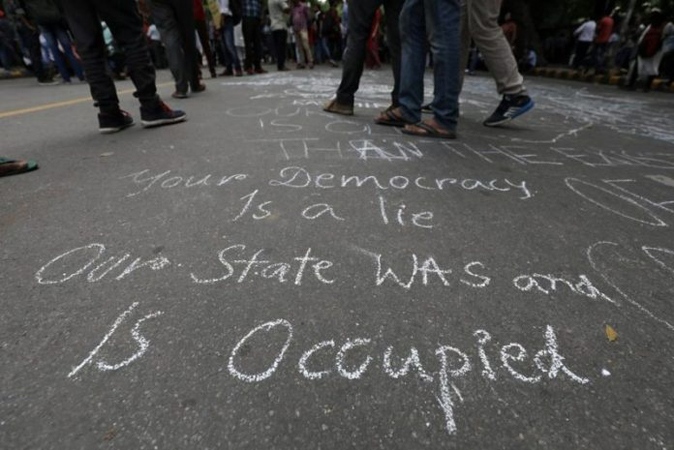 In a letter addressed to the UN secretary-general, KIIR chief Altaf Hussain Wani sought Gutter’s urgent attention toward the highly critical situation in IIOJK, saying, “The human rights situation in the occupied Kashmir has taken a dangerous turn after the Indian government’s unilateral decision to forcibly annex the disputed state into Indian Union, last year.”

“The unilateral move followed by a crippling clampdown and communication blockade has thrown the territory into a quagmire of uncertainty and perpetual violence that continue to consume innocent lives at an unprecedented scale,

” he said adding that there has been no letup in the state-sponsored violence as arbitrary arrests, extra-judicial killings, forced disappearances and military crackdowns and nocturnal raids by the Indian army continue unabated.

“Thousands of Kashmiris including political activists, lawyers, human rights activists and youth who were arrested before and after August 5th last year continue to rot in jails far away from their homes”, the communique said.

“Every aspect of the disputed state of Jammu and Kashmir, society, politics and culture today bears the scars of the 14-month inhuman siege, the longest in Kashmir’s history”, he said adding that fundamental political and human rights including the right to freedom of expression, the right to opinion and right to assembly remained severely restricted in the region.

Massive crackdown on civil society, human rights defenders and persecution of journalists he said reflect the dangerous and dark aspects of the fascism the Indian state had exhibited while dealing with the political dissent in the region.

He lamented that the Government of Indian was using counterterrorism laws to muzzle the media and silencing critical and truthful voices.

“There has been an immense rise in the incidents of coercion, intimidation and harassment of journalists, rights groups and the civil society activists who have been critical of the militaristic approach,” the communique said adding that the GoI was now using its so-called investigation agency the NIA to harass and terrorize them on one pretext or another.

These rights groups he said were being targeted for their work and cooperation with the UN and other international organizations in bringing out human rights violations being committed by the Indian troops in Indian administered territory of Jammu and Kashmir.

About the enactment of a series of anti-Kashmiri laws by the Indian government he underlined that the laws such as Domicile Law, Media-Policy 2020, New Education Policy, Land Law and the law, which empowers Indian security forces to demarcate/grab any piece of land in the territory, have instilled a fear of insecurity amongst the Kashmiris”.

“These laws fraught with serious political ramification are seen by locals as a conspiracy to change the demography of the state and deprive them of their resources, jobs, identity, cultural, land and above all the right of self-determination guaranteed to them by no less an authority than the United Nations”, the KIIR chief maintained.

“The socio-economic, political and cultural subjugation and a dangerous silence forced on Kashmiris by the Indian state pose a serious existential threat to Kashmiris who have been engaged in a just struggle to seek a just and peaceful settlement of the long-drawn conflict dispute in accordance with the universally accepted principle of the right to self-determination,” the communiqué. 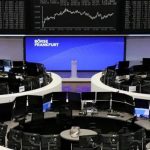 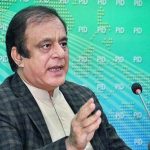 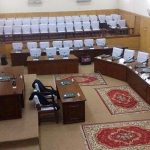