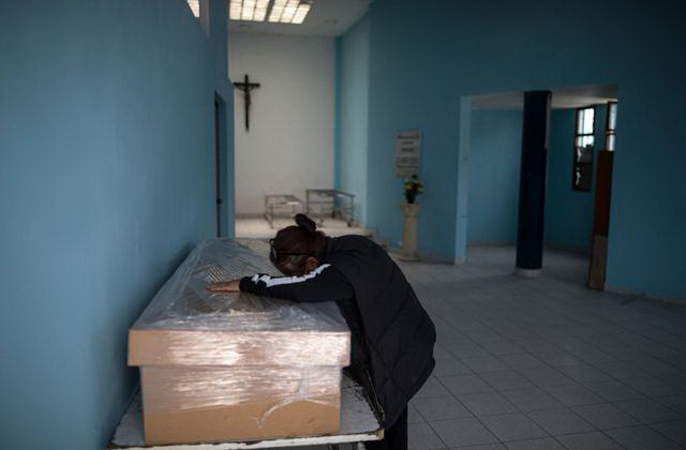 The coronavirus is the first widespread health crisis in the age of information and social media. So far, more than 225,000 people have died in the United States from the coronavirus or complications from it, according to figures compiled by Johns Hopkins University.

According to one anthropologist, Americans already lack a healthy relationship with death, associating it with medical failure rather than a natural part of life. Here are some examples from a variety of different perspectives of how to take care of yourself and not get too stressed out during a stressful and sometimes tragic time.

Dr. Joan Anzia is a psychiatrist and professor at Northwestern University Feinberg School of Medicine. She recommends taking care of yourself physically – getting at least seven or eight hours of a sleep a night, going to bed and getting up around the same time every day.

“Stay hydrated, eat well, avoid having more than one or two alcoholic drinks a day,” she says. She also recommends getting outside and doing things you enjoy: “It can be an opportunity … to think about what you really value in your own life and what you want to do with the rest of your life.”

Anita Hanning, an associate anthropology professor at Brandeis University, says generally we push “awareness of our mortality to the basement of our consciousness.”

She has this recommendation:

“Being aware of our mortality can make us live more intentionally. That means not postponing important conversations and decisions, and not wasting time on things that don´t nurture us. Tomorrow is never guaranteed, so what would happen if we truly lived our lives with that knowledge? We would become much more present to the here and now, instead of constantly making plans for a future that lies beyond our control. We would invest more in our relationships than in our careers, and each day would seem like a gift rather than something we need to muscle through on our way to a better, happier place. ”

Dr. Elyssa Barbash, a psychologist in Tampa, Florida, says not to focus on “the potential of death.”

“It isn´t realistic to say that death is more around us now than it was before,” she says. She says the death potential has stayed relatively steady, in terms of the many ways a person could get sick or have an accident. “We can´t live our lives in a constant state of fear or engage in extreme behavioral avoidance simply out of self-preservation.”

She suggests focusing on “joyful activities and things that give life meaning.” That may mean taking a step back from the news and being constantly connected to virus updates. “Staying informed is one thing, but constant exposure is unhelpful and unhealthy for the mind,” she says.

Margaret “Elaine” Stalheim, 92, was in her early 20s when she got polio. It was only a year before they found a vaccine.

She remembers how much she appreciated people reaching out to her and visiting her in isolation, like priests and pastors. So she suggests reaching out to people who are isolated, to help brighten their mood.

But most importantly: “What I learned from that is … this, too, shall pass, you know. And it did pass.”