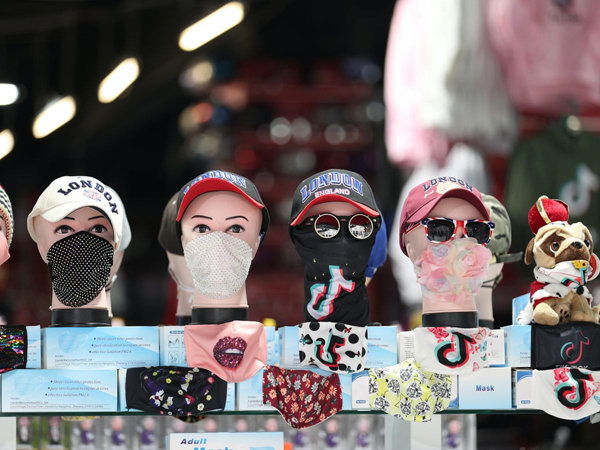 The best fabric face coverings should combine “breathability and effectiveness”, a consumer group said as research revealed stark differences between those on the market.

Which? carried out tests on 15 reusable face coverings to establish their breathability, how well they filter bacteria and how they fare after five hot washes.

It found the best masks can block more than 99% of potentially harmful bacteria from penetrating the material, but the worst only manage to filter out 7%.

Which? gave the lowest scores to the Termin8 covering, sold at Lloyds Pharmacy for £2, one from Asda costing £3 and one from Etiquette which is sold at Superdrug for £3. It rated the masks as a “don’t buy”, claiming that while they are lightweight and breathable, their single layer “affected their ability to filter potentially harmful particles”.

Several face coverings were highly rated by the consumer watchdog. The NEQI reusable face mask, which costs £15 for three and is sold at Boots and Ocado, is listed as a “best buy”, while face coverings by Bags of Ethics Great British Designer, available at Asos and John Lewis for the same price, came in second place.

Which? said both masks are “comfortably breathable” without compromising on filtration. Harry Rose, Which? editor, told Sky News on Friday: “The poor quality masks are breathable, but the trade-off is that they are less effective, so you want the right combination of breathability and effectiveness at blocking particles.

“The Which? ‘best buys’ do that.” Bacterial particles measuring three micrometres were shot out of an aerosol generator and the proportion that made it through the mask’s fabric were measured by Which? for the study.

It said coronavirus particles can measure as little as 0.1 micrometres, adding the test was not to determine how well they protect against Covid-19.

The tests found masks with multiple layers are “much more effective” than single-layer coverings at filtering particles, but could impact breathability.

Face coverings are now compulsory on public transport and in shops to limit the spread of coronavirus.

Which? said a £12 cotton mask from Asos and the £10 two-layer AB Mask – sold in Boots and Superdrug – were the only two that avoided glasses steaming up when worn. Natalie Hitchins, Which? head of home products and services, said: “We would urge manufacturers to use our findings to up their game and improve their products.

“Until then it is worth taking time to research the best option for yourself and your loved ones.” In response to the findings, Lloyds Pharmacy said it had “confirmed with the supplier of the Termin8 mask in question that it is compliant with all necessary requirements”. A spokesperson said: “We take the quality and efficacy of the products we sell very seriously and work with our suppliers to ensure they comply with UK regulations and standards.” Superdrug said: “We dispute the testing methods that have been used by Which? and are disappointed that the fabric face cover by our supplier Etiquette Super Mask has been given a ‘don’t buy’ rating because it has been tested against the EN 14683 standard for surgical masks and the CEN Workshop Agreement which is not an official standard.”

Asda said the covering featured in the review is no longer on sale, adding: “Product safety is our key priority and all of our George face coverings comply with and British Retail Consortium guidance and the Office for Product Safety and Standards.”