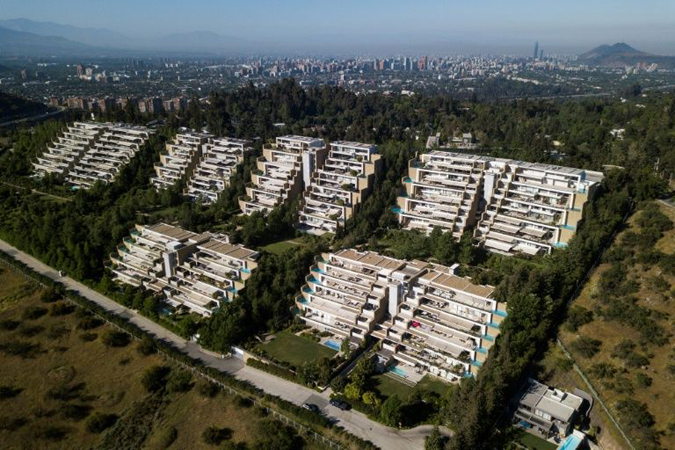 In Santiago’s well-heeled suburbs, Chile’s elite say they are facing uncertainty after the rest of the country voted to ditch the dictatorship-era constitution that has served them well for decades.

For some, it’s a bitter pill to swallow.

“It’s very uncertain. We are trying to move. We are trying to sell the houses, be as liquid as we can in case we have to move to another country,” said Aranza, a company executive who declined to give her full name because she had not discussed her family’s plan with friends. Nearly 80 percent of Chileans voted to rip up the constitution established under the 1973-1990 dictatorship of Augusto Pinochet, seen as the root of the South American country’s jarring inequalities.

Many blamed the constitution for a system that has part-privatized public services, especially health care, education and pensions.

Of the 20 percent that voted no, most live in the “golden triangle” of Lo Barnechea, Las Condes and Vitacura in northeastern Santiago, where the country’s political and economic power is concentrated.

Ana Maria Alvarez Rojas, a social sciences researcher at the Silva Henriquez Catholic University, said these neighborhoods’ rejection of change was “not surprising.” “The people favored by the current economic model do not want to lose their privileges. These elites have always been cut off from the people.

“They are saying: ‘we want to continue like this, we have a life we value,'” she said, pointing out that nearly 90 percent of Chile’s richest 1.0 percent live in the three districts.

Conservative President Sebastian Pinera, interviewed after the October 25 vote, acknowledged that the inhabitants of these neighborhoods “live in a very different reality from the rest of the country, which makes them see the world differently.”

Pinera, a billionaire, is a resident of Las Condes.

In neighboring Lo Barnechea, which hugs the foothills of the Andes with a view of the sprawling city of seven million, 60 percent voted to keep the Pinochet-era constitution. “I work in a public hospital and the gap is enormous. You can’t imagine how fast people here access health care,” said orthopedic surgeon David Daved, 33. “It’s comfortable, they get what they want, they don’t have to wait. People down there,” he said, indicating the city, “have to wait, like for years, they are treated like animals. I understand why there are upset.”

He voted against because “I know that this will not help the concerns that people have.”

It’s a common theme of the Rechazo (Reject) campaign, that a new constitution will harm economic growth and that needed change could be more easily wrought by amendments to the existing charter.

Alvarez Rojas pointed out that the unequal way municipalities are funded went to the heart of the city’s problems.

Each municipality is given a high degree of financial autonomy.

Financed by local taxes, the richest communes are naturally better off.

“There is no system of redistribution between municipalities. A common municipal fund exists, but it is not effective. All the benefits are concentrated in privileged municipalities,” she said.

Municipal expenditure per inhabitant is especially revealing. Vitacura’s was about $1,470 (1,260 euros) in 2019, compared with $185 in Cerro Navia, a poor northwestern Santiago neighborhood.

“Inequalities were aggravated under the dictatorship, where segregation was a state policy,” she said, adding that the vote reflected a desire to turn the page on the Pinochet era once and for all. The hard work on replacing it has only just begun, with Chileans now having to choose a 155-member convention to draft the constitution and what it will say.