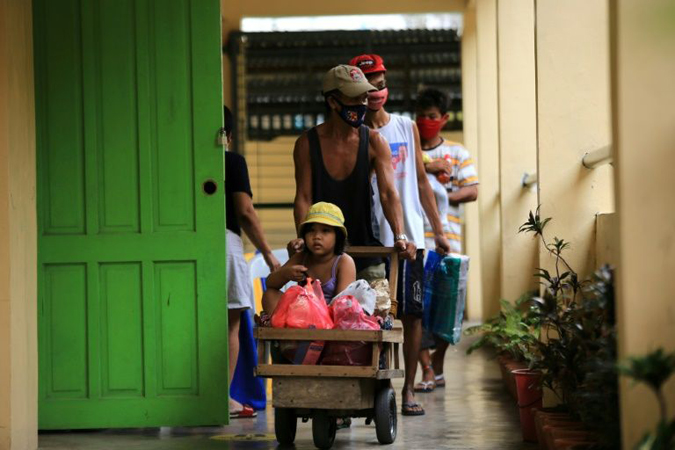 Super Typhoon Goni pounded the Philippines Sunday with authorities warning of “catastrophic” conditions in the region expected to take the hardest hit, where more than 300,000 have fled their homes.

The strongest typhoon of the year so far made landfall on Catanduanes Island at 4:50 am (2050 GMT Saturday) with maximum sustained wind speeds of 225 kilometres (140 miles) per hour, the state weather forecaster said.

Over the next 12 hours, “catastrophic violent winds and intense to torrential rainfall” would be experienced in the Bicol region, which covers the southern end of the main island of Luzon and Catanduanes, it said.

“This a particularly dangerous situation for these areas.”

Goni — which intensified into a “super” typhoon as it neared the Philippines — comes a week after Typhoon Molave hit the same region of the natural disaster-prone archipelago.

That storm killed 22 people and flooded low-lying villages and farmland, before crossing the South China Sea to Vietnam.

“The winds are fierce. We can hear the trees being pummelled. It’s very strong,” Francia Mae Borras, 21, told AFP from her home in the coastal city of Legazpi.

The roofs of two evacuation centres were ripped off by the force of the wind and the occupants moved to the ground floors, Albay provincial public safety chief Cedric Daep told DZBB radio station.

Civil Defense chief Ricardo Jalad said Saturday that “almost a million” people had been evacuated from their homes in the Bicol region. But spokesman Alexis Naz said Sunday that around 316,000 had fled to safety so far.