Corruption a silent killer, needs to be rooted out: NAB chairman

* Javed Iqbal says corruption a major hurdle in way of progress, prosperity of the country 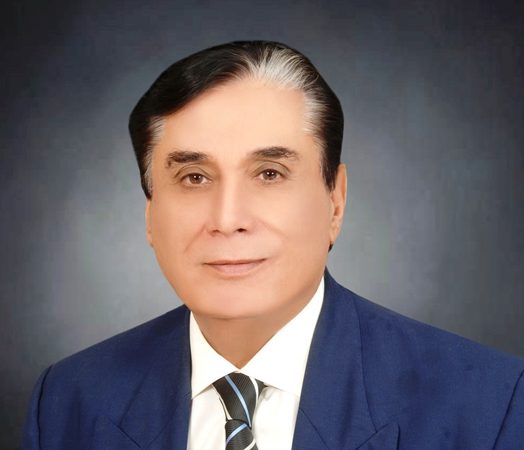 Justice Mr. Javed Iqbal, Chairman NAB has said that Corruption is just like cancer which is a silent killer. NAB strongly believes in “ACCOUNTABILITY FOR ALL” policy is absolutely committed to root out corruption in all its forms and manifestations with iron hands.

He said that corruption is a major hurdle in the way of progress and prosperity of the country depriving a deserving person of its due right on merit. He said that. Due to vigorous prosecution, NAB’s conviction ratio is about 68.8 percent which is one of the best conviction ratios as compared to other anti corruption organizations. Today NAB is the focal institution under the United Nations Convention against corruption (UNCAC). NAB is the first Chairman of SAARC Anti Corruption Forum. NAB is the only institution of Pakistan in the world to which China has signed an MOU in order to oversee CEPC projects being undertaken in Pakistan. NAB has adopted a three pronged strategy of awareness, prevention and enforcement which has been considered one of the best strategies in the world. Due to its effective anti corruption strategy, NAB has recovered Rs. 466 billion since its inception which were deposited in the national exchequer as per law. Moreover, NAB has filed 1230 corruption references in the respected Accountability Courts and their total worth is about Rs. 943 billion. As per survey of Gillani and Gallop, 57 percent people of Pakistan have shown confidence upon NAB. Similarly, reputed national and international organizations like Transparency International, World Economic Forum, PILDAT and Milshal Pakistan have appreciated NAB’s effort which is an honor for Pakistan.

He said that the logical conclusion of mega corruption white collar crimes cases is top priority of NAB. NAb gives importance for training of its investigation officers and prosecutors on modern lines in order to conduct state of the art inquiries and investigations on the basis of solid evidence as per law so corrupt should be brought to justice. He said that NAB has introduced a new System of Combine Investigation Team (CIT) in order to benefit from collective wisdom of senior supervisory officers; a system of Combine Investigation Team (CIT) has been put in place. This is lending quality to the work. He said that NAB has established witness handling cells at all the regional bureaus besides Anti Money Laundering Cell at NAB headquarters. Moreover, NAB has established complaint cells in NAB headquarters and in all the regional bureaus. The number of complaints received till Oct 2020 are almost much more than 2019 which shows people trust upon NAB.

He said that in order to aware citizens about the ill effects of corruption, especially youth, NAB has signed an MOU with the Higher Education Commission. Due to this reason, more than 50 thousands Character Building Societies (CBS) have been established in Universities and Colleges throughout the country besides establishment of Prevention Committees in order to identify and plug the gaps in resolving people’s problems as per law. Moreover, NAB has devised a monitoring and evaluation System to track implementation and outputs systematically, and measure the effectiveness of performance which helps in enhancing the operational, monitoring and evaluation capabilities of NAB. He said that Monitoring and Evaluation System (MES) is an important management tool to track progress and it facilitates in decision making as well as establishes links between the past, present and future actions. NAB is a people friendly institution who strongly believes in self respect of people visiting NAB on the directions of Chairman NAB. NAB had set up special desks at all bureaus across the country with a mandate to redress grievances of entrepreneurs.