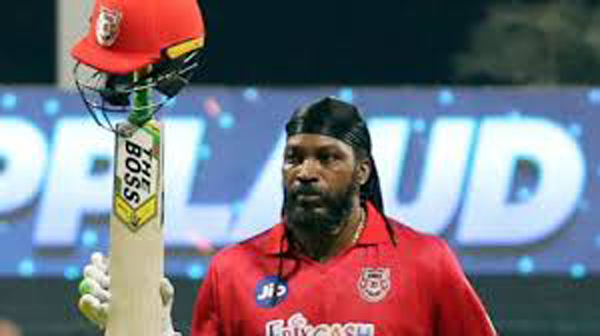 DUBAI: Chris Gayle may have missed out on yet another Twenty20 ton on Friday when he was dismissed for 99 but he wrote his name into the history books when he became the first player to smash 1,000 T20 sixes. The fearless, free-scoring West Indies batsman, 41, is the only player to amass more than 13,000 T20 runs in little over 400 matches. Usually an opening batsman, Gayle walked in with the Kings XI Punjab one-down and smashed 99 off 63 balls with eight sixes, which took his tally to 1,001 sixes. “A thousand maximums – another record? Oh man,” Gayle told Star Sports. “I just have to give thanks for hitting it well at age 41. A lot of dedication and hard work has paid off over the years. Still here, still doing it, same way. Very grateful.” Gayle’s T20 domination is underlined by the fact that the next best six-hitting batsman is compatriot Kieron Pollard, who has cleared the boundary ropes 690 times in over 450 innings. However, Gayle was bowled by Rajasthan Royals’ fast bowler Jofra Archer as he looked to complete his 23rd T20 century and lost his cool, throwing his bat away in disgust before regaining his composure and shaking Archer’s hand while walking off. The IPL later said Gayle had been fined 10% of his match fee for breaching its code of conduct, a sanction he accepted.