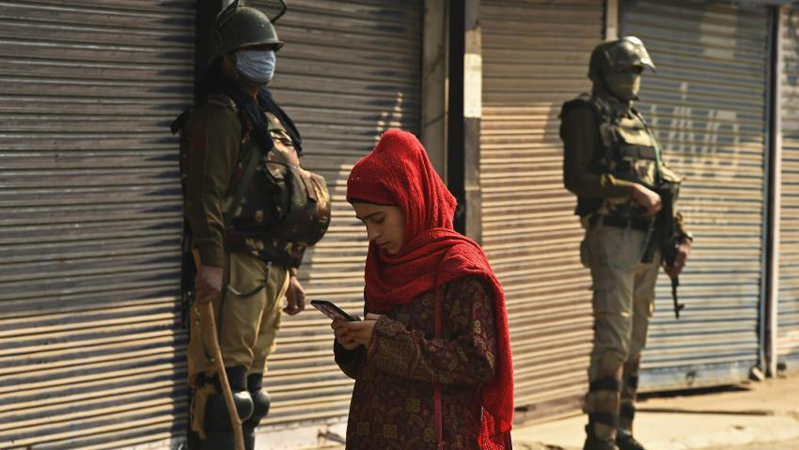 Indian Occupied Kashmir was hit Saturday by its biggest general strike since losing its semi-autonomous status last year, with local anger brewing over a new measure allowing outsiders to buy land in the disputed territory. Prime Minister Narendra Modi’s Hindu nationalist government changed the constitution to bring the territory under direct federal rule last year, sparking protests and a months-long internet blackout. Shops and businesses stayed shut on Saturday and most residents kept at home after a shutdown was called by a coalition of political and religious groups that want self-determination for the region. Extra Indian security forces patrolled the nearly empty streets. This week New Delhi announced the abolition of laws that meant only the 12 million permanent Indian Kashmir residents could own land there. Even Kashmir groups normally supportive of Indian rule have opposed the changes, which also allow the Indian armed forces to designate strategic zones for building military infrastructure. Many Kashmiris accuse the government of seeking to water down the local population in India’s only Muslim-majority territory. Former chief minister Omar Abdullah said Kashmir had been “put up for sale and left bereft of any basic protections”.