Pakistan Muslim League-N (PML-N) senior leader Ayaz Sadiq on Saturday said that neither he had given an irresponsible statement, nor he would give any. 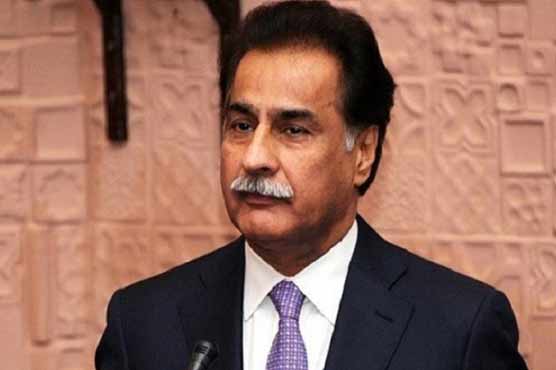 “I haven’t done something that I would seek apology for. Giving a political color to my speech will not benefit Pakistan,” Ayaz Sadiq said addressing media while flanked by his party leaders Rana Sanaullah and Saad Rafique and Jamiat Ulema e Islam-F chief Maulana Fazl ur Rehman in Lahore.

He said tagging Pakistan army with his statement was no service to the country. Adopting Indian media strategy, his statement was given a wrong interpretation, he said adding that India capitalized on it and tried to strengthen narrative against Pakistan.

The PML-N leader said India would be given a befitting response as always if he did any aggression. He also said that putting up banners against him was no service to Pakistan.

On Wednesday, during the National Assembly proceedings, former NA Speaker and a Pakistan Muslim League-Nawaz MNA, Ayaz Sadiq, referred to the circumstances in which India’s downed and captured pilot, Wing Commander Abhinandan Varthaman, was presumably returned.

Earlier, Minister of State for Parliamentary Affairs Ali Muhammad Khan on Friday said anti institutional statement of former speaker of the National Assembly Ayaz Sadiq was a regrettable as he hurt sentiments of the nation.

Talking to a private news channel, he said Ayaz Sadiq was a senior parliamentarian and nobody was expecting from him to give this type of statement.

He said the enemies of the country were taking benefits from these type of statements so everyone should avoid to give irresponsible statements against the national institutions.