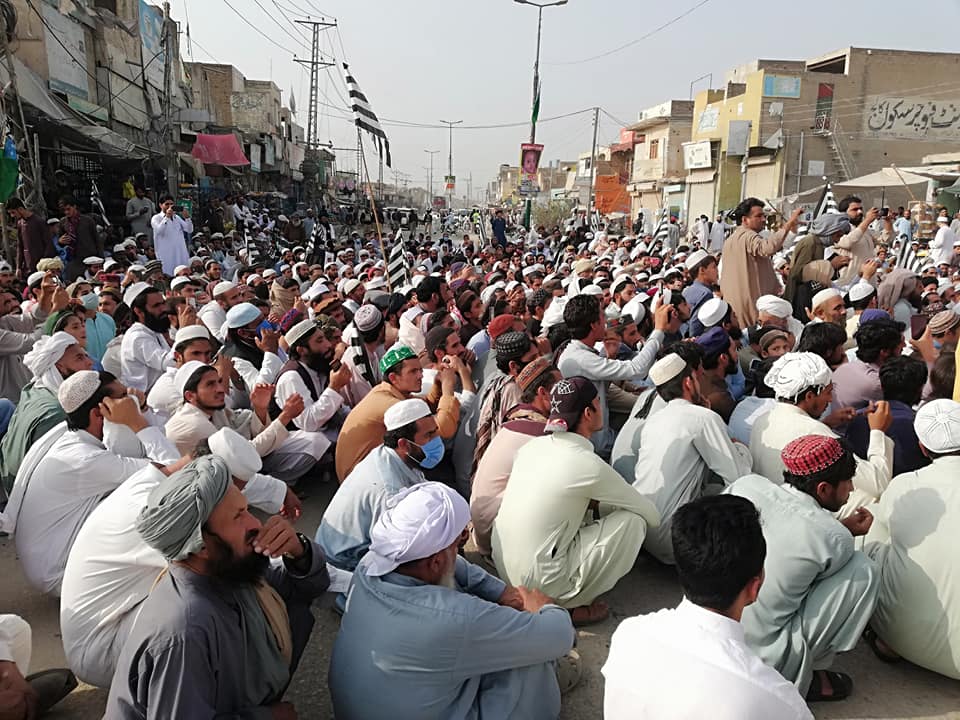 TANK: Thousands of workers of Jamiat Uloma e Islam Fazal (JUI-F) Friday rallied out against the increasing Islamophobia in European nations and the blasphemous comments of French president. 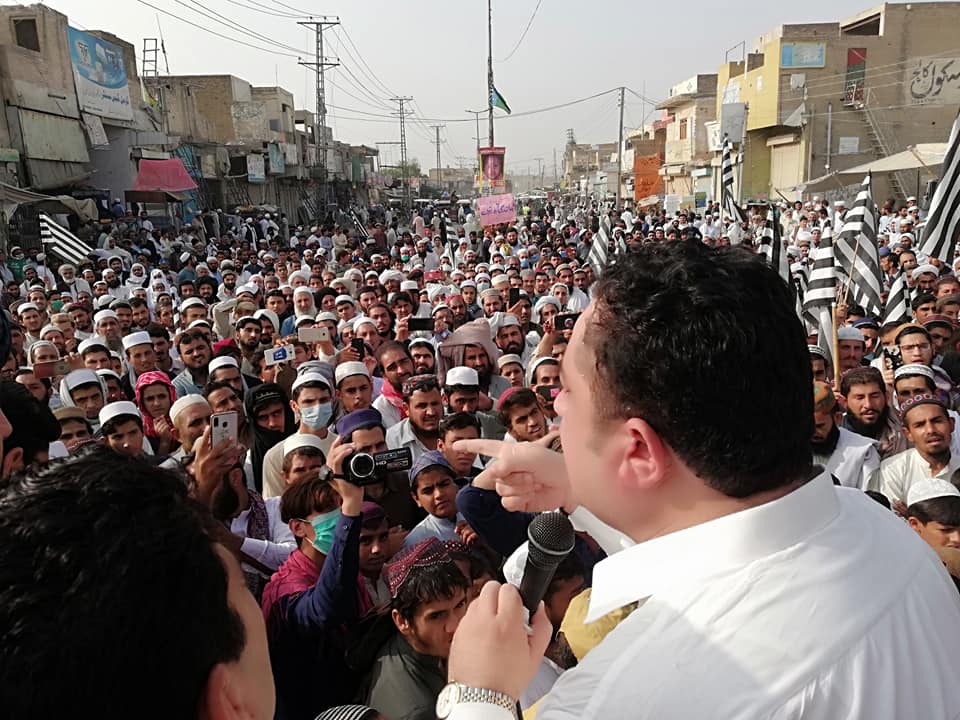 The rally was taken out from Spin Jamia Masjid and it culminated into a large protest demonstration when it reached Kashmir Chock.

The leaders of the rally vehemently demanded the government to affirm boycott of all French Products and send French Ambassador back to his county.

The speakers also lamented the remarks of Inspector General of Police (IGP) Khyber Pakhtunkhwa over the tragic incident of Peshawar blast and demanded of the government to provide the Madrassas of the country with fool proof security to avoid such sad incidents in future.