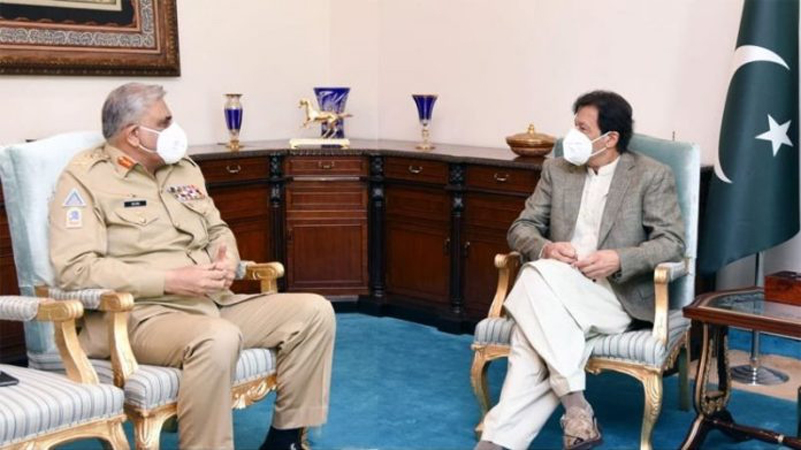 Prime Minister Imran Khan on Thursday said the entire nation was united against the enemy’s cowardly acts of perpetrating violence in the country.

The Prime Minister stated this in a meeting with Chief of the Army Staff General Qamar Javed Bajwa, who called on him here. The meeting discussed internal and external security situation besides the professional matters of Pakistan army, the PM Office said.

The prime minister paid tribute to the personnel of Pakistan Army, Frontier Corps and law enforcement agencies who sacrificed their lives for the defence of the motherland.

The meeting follows a bomb blast inside a mosque in Peshawar, where a large number of seminary students were attending a class on Tuesday morning, which killed eight students and wounded about 120 others.

It also comes amid heightened pressure from the opposition on the government through its rhetoric and public meetings under the Pakistan Democratic Movement (PDM) banner, in which PML-N supremo Nawaz Sharif claimed that the military leadership ‘brought’ Imran into power and was also ‘behind’ his ouster as prime minister in 2017.

The premier had lashed out at Nawaz for ‘maligning’ the top army leadership, saying the PML-N supremo himself was launched into politics through the help of the military establishment. He said the PML-N leader was using inappropriate language against the army and Inter-Services Intelligence (ISI) chiefs at a time when Pakistani soldiers were constantly sacrificing their lives for the nation.