Quaid’s new portrait to be installed on Islamabad Expressway soon 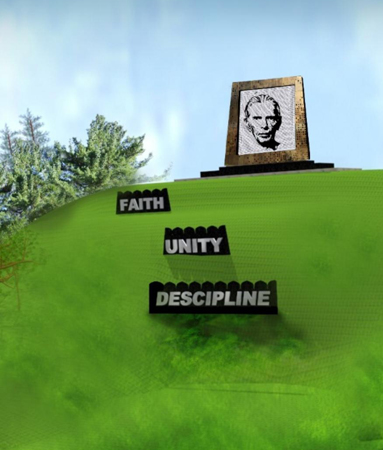 Taking note of the decay of portrait of Quaid-e-Azam at Islamabad Expressway, Capital Development Authority (CDA) Chairman Amer Ahmed Ali has called up an urgent meeting of all stakeholders and directed them to present to him modern designs of the monument. Out of a variety, he has approved the best design in which the Quaid is recognizable to common Pakistanis. He has also approved an amount of Rs50 million for the new portrait. On his instruction, the contractor will complete the construction in a short time of three months starting immediately. He has taken extra care that the new portrait is resistant to harsh weather conditions and is easy to clean. There was criticism on the old construction which was chipping away. In recent times, the CDA has mounted on a drive to beautify the federal capital in a big way. Citizens of the federal capital have appreciated him for his vision to redesign the capital.