3 killed, other injured in terrorist attack at French church 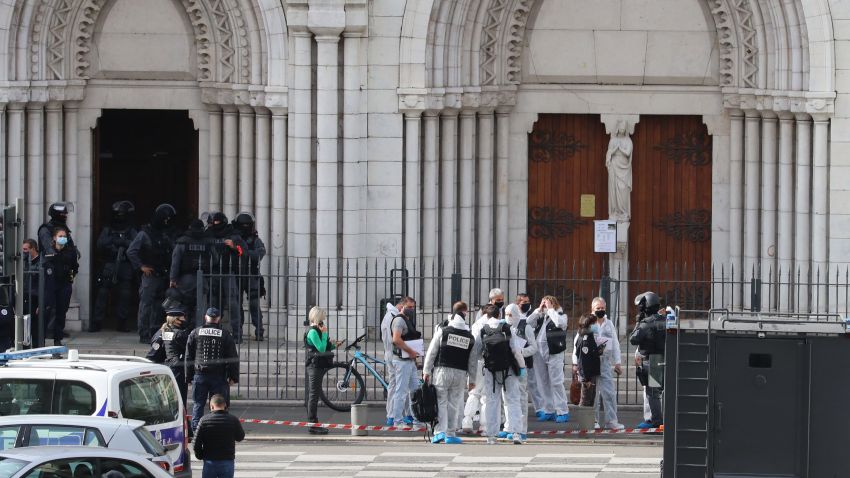 Three people have been killed in a knife attack in the French city of Nice, police say.

French anti-terrorism prosecutors are investigating a knife attack at a church in the Mediterranean city of Nice that killed three people and wounded several others at a time when French authorities are on high alert for extremist violence.

Nice Mayor Christian Estrosi said there had been a “terrorist attack at the heart of the Notre-Dame basilica”.

One elderly victim who had come to pray was “virtually beheaded”. The suspect was detained shortly after the attack.

Mr Estrosi spoke of “Islamo-fascism” and that the suspect had “repeated endlessly ‘Allahu Akbar’ (God is greatest).”