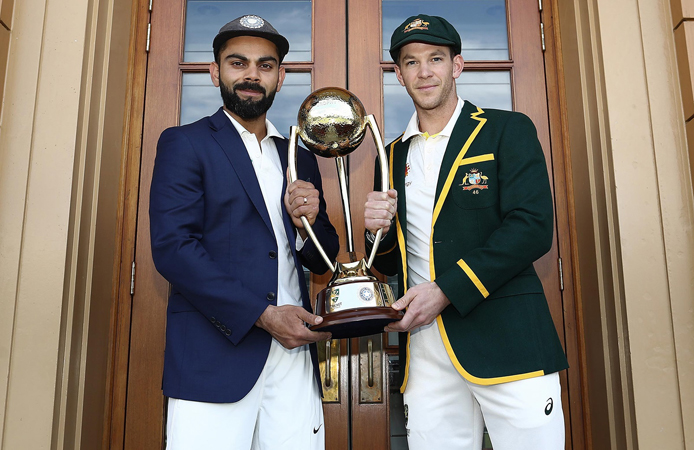 MELBOURNE: Australia will kick off its international summer with limited overs series against India in Sydney and Canberra from Nov. 27 before the four-Test series starts in Adelaide as a day-night match on Dec. 17, Cricket Australia (CA) said on Wednesday. A tour worth about A$300 million ($214 million) to Australian cricket will commence with three one-day internationals followed by three Twenty20’s at the Sydney Cricket Ground (SCG) and Canberra’s Manuka Oval, CA said in a statement. The second Test will proceed at the Melbourne Cricket Ground (MCG) in the traditional Boxing Day slot on Dec. 26, with the third Test at the SCG from Jan. 7. The fourth starts at the Gabba in Brisbane from Jan. 15.

India’s squad will arrive in Sydney on Nov. 12, subject to authorisation from Australian border authorities, and will undergo a mandatory quarantine in Sydney prior to the first match of the tour. “Across all three formats, Australia and India represents one of the great rivalries in world sport and we are delighted to welcome Virat Kohli’s outstanding squad to Australian shores this summer,” Nick Hockley, CA interim chief executive, said. “We would also like to especially thank the NSW Government for allowing players from both teams to safely prepare during quarantine.” Confirmation of the tour will come as a great relief to CA, which has lost tens of millions of dollars due to scheduling disruptions caused by the COVID-19 pandemic and is in a legal dispute with one of its major broadcasters.

While some social distancing restrictions remain in Australia despite COVID-19 infections slowing to a trickle, organisers are planning for crowds at all the matches. CA said it was working with the MCG and the local government on safely hosting spectators for the Boxing Day test in Melbourne, with Australia’s second-biggest city released from a hard lockdown on Wednesday. CA had initially planned for India to quarantine in Queensland and start the tour in the northeastern state. However, after waiting in vain for weeks for Queensland authorities to endorse their tour proposal, CA switched focus to New South Wales and secured a quick approval from the state.