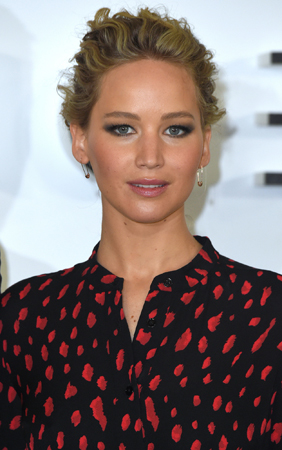 Jennifer Lawrence wants to clear the air after making headlines with last week’s reveal that she used to be a “little Republican.”

The Hunger Games actress took to Twitter on Tuesday, Oct. 27, declaring that she “would like to clarify my voting record.” She continued, “I grew up in a republican family and voted for John McCain in 2008, but through Obama’s presidency, and growing up to realize I was voting against my own rights, I am proud to say I am a Democrat.”

Her statement follows an Oct. 21 interview with Absolutely Not podcast host Heather McMahan. Their conversation encompassed a variety of topics, including Jennifer’s wedding to Cooke Maroney and how she’s spent her time during the coronavirus pandemic, but people were quick to point out Jennifer’s political remarks. Specifically, the actress shared that she was raised to “see the fiscal benefits of some of the Republican policies,” which is part of the reason why she cast her first-ever ballot in favor of former Arizona Senator John McCain.

Her statement follows an Oct. 21 interview with Absolutely Not podcast host Heather McMahan

However, the Kentucky native said she’s come to realize the social policies of the Republican party “weren’t in line” with her views.

Jennifer also stated that the 2016 election of President Donald Trump cemented her loyalty to the Democratic party. “When Donald Trump got elected, that just changed everything,” she explained. “This is an impeached president who’s broken many laws and refused to condemn white supremacy and it feels there’s been a line drawn in the sand.”

The star previously shared that she’s voting in the Nov. 3 election because of the racial inequalities this country is facing. “The bad news can feel overwhelming at times, but the most important thing is to stay focused on the ways we can all be part of the solution,” she wrote for V Magazine. “In the wake of the deaths of George Floyd, Breonna Taylor, and countless others, I’m inspired by the millions of people around the world who have banded together to finally say ‘enough’… the collective voice of the people enacting real change, and that gives me hope.” Jennifer also re-joined Twitter this year as a way to use her voice amid political unrest in her hometown of Louisville, Kent., pledging that her actions are “just the start” of finding justice for the Black community.