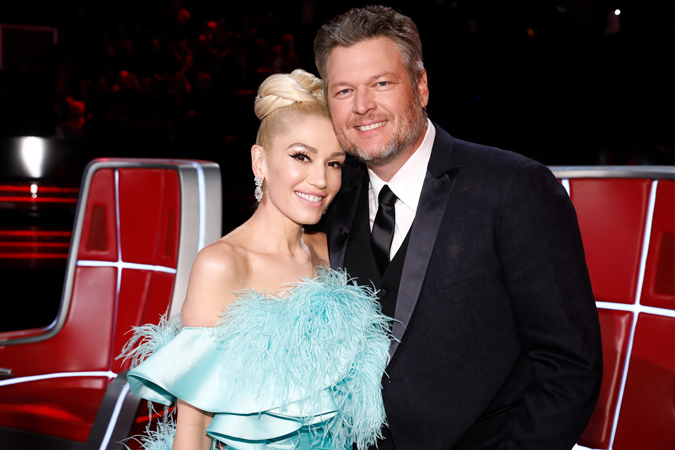 Wedding bells are in Gwen Stefani and Blake Shelton’s future! Five years after the musical couple first started dating, The Voice coaches are officially engaged! On Tuesday, Oct. 27, Gwen took to her Instagram to share the exciting news. Alongside a photo of her ring, she captioned the post, “@blakeshelton yes please!” Soon after, Blake sent a message to his bride-to-be on Instagram, writing, “Hey @gwenstefani thanks for saving my 2020… And the rest of my life.. I love you. I heard a YES!”

Blake’s rep also confirms to E! News that the duo got engaged in Oklahoma, though more details surrounding the proposal have yet to be made public at this time. The two, who met on the set of The Voice, have been nearly inseparable ever since they first started dating all the way back in November 2015. They most recently won a CMT Music Award on Oct. 21 for their “Nobody But You” collaboration. And while the future Mr. and Mrs. both admitted that they had initially bonded over the ending of their respective marriages, it seems as though their love affair had lasting power from the get-go.

In an interview with Billboard, Shelton recalled falling head over heels for the singer and how the two ultimately helped each other through their heartache. “I won’t forget that day,” he shared, “I looked over at Gwen—who I didn’t really know—and she had these huge tears in her eyes.”

The 44-year-old star continued, “I thought it was going to be another one of those ‘things are going to be OK’ talks.” Instead, “She said, ‘I’m going through something very similar to what you’re going through. I understand. And I hate it.” Blake went so far as to say, “Gwen saved my life. Who else on earth could understand going through a high-profile divorce from another musician?”

And while Gwen has reciprocated the love in several interviews since the two were first linked, she was quick to brush aside the rumors that they were headed down the aisle any time soon. As fans may recall, Gwen, 51, set the record straight on marriage speculation in August after Dua Lipa referred to Blake as Gwen’s “husband.”