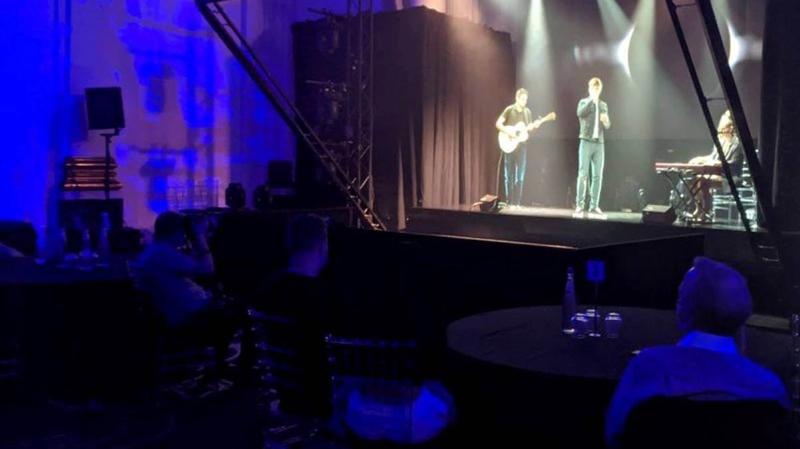 Musicians are using an interactive hologram based on Victorian technology to reach fans in the locked down world of the coronavirus pandemic. Musion 3D teamed up with Faroe Islands singer Dan Olsen to launch Fanshare, a modern twist on an illusion technique known as Pepper’s ghost involving a huge sheet of glass which was used in theatres in the 1860s. “It’s the closest you’re going to get to a virtual image, a virtual likeness of the real human being,” Musion director Ian O’Connell told Reuters. “You don’t need glasses, you don’t need a headset. You’re sitting here as if you’re watching a regular stage show.” Olsen and a guitarist played in a small studio in east London while their images were projected onto a stage in central London where the piano player was performing live. “It looks like all three of us are on stage playing at the same time but two of us are holograms,” Olsen said.