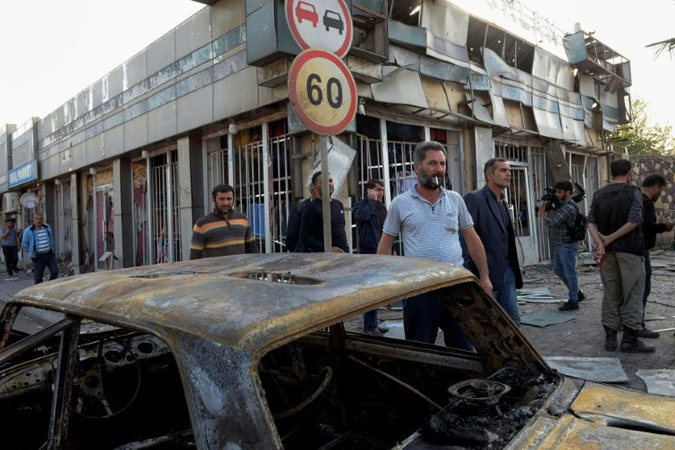 Azerbaijan accused Armenia of killing 21 people and wounding dozens in a missile strike near Nagorno-Karabakh on Wednesday, the deadliest reported attack on civilians in a month of fighting over the disputed region.

Armenia immediately denied carrying out the attack, the second in two days that Azerbaijan says killed civilians in the Barda district close to the frontline.

Yerevan also accused Azerbaijani forces of deadly new strikes on civilian areas of Karabakh, as both sides claim the other is targeting civilians after weeks of fierce frontline clashes.

The latest attacks came despite a US-brokered truce agreed at the weekend, the third ceasefire attempt in a row to collapse just minutes after it took effect.

The prosecutor general’s office said the strike had hit a densely populated area and a shopping district, killing 21 civilians and wounding at least 70.

An AFP journalist in the town of Barda saw a row of shattered storefronts, the debris scattered over boxes of fruits and vegetables, and blood pooled on the ground.

Residents gathered to survey the damage to the shops and the burnt-out shells of several cars nearby.

Azerbaijan had on Tuesday accused Armenia of another missile strike in the Barda district that killed four civilians including a two-year-old girl.

The casualties are the worst for Azerbaijani civilians since 13 people were killed in shelling on the country’s second city Ganja on October 17.