PM for providing all facilities to industrial sector investors 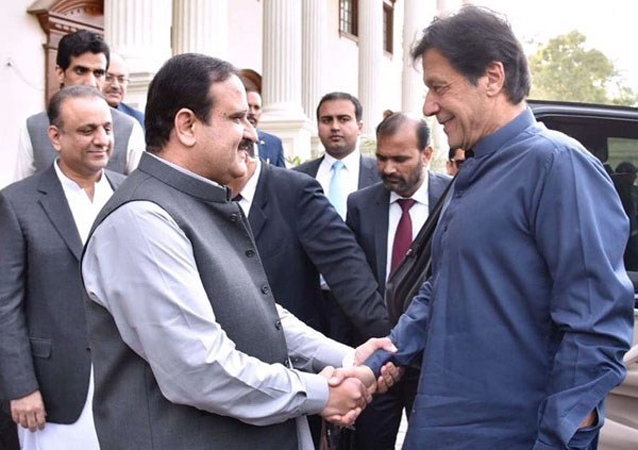 Prime Minister Imran Khan on Wednesday directed to provide all possible facilities to investors so that the people’s welfare development projects could be initiated under the public-private partnership.

He said since the present government was putting special focus on the construction sector, enhanced production of cement and its availability at appropriate prices was essential. The prime minister was presiding over a meeting here regarding industrial development in Punjab with particular focus on the development and promotion of cement industry.

Punjab Chief Minister Sardar Usman Buzdar, Provincial Minister for Information Fayyaz ul Hassan Chohan, Punjab Chief Secretary and other senior officers were in attendance. The prime minister was appreciative of the facilities being provided to investors in the cement industry and directed the authorities concerned that early redressal of the problems of investors guaranteed economic development and creation of job opportunities.

Prime Minister Imran Khan directed for early completion of the welfare projects under the local government in Punjab in an effective way so that the people could be facilitated. He further directed that the projects of supply of clean water, sewerage, public parks and water treatment plants should be particularly focused and initiated across the province as per needs.

The prime minister gave the directions while presiding over a meeting here, which reviewed the progress of ongoing development projects at local government (LG) level and the measures being taken for new projects.

The Department of Local Government and Community Development officials apprised the prime minister of the projects proposed for addressing the basic issues at district, tehsil and village levels.

Prime Minister Imran Khan and Chief Minister Punjab Sardar Usman Buzdar met in Lahore on Wednesday and discussed the situation regarding availability of essential items in the province. The matter relating to affordability of prices of commodities also came under discussion to facilitate the common man.

Prime Minister Imran Khan will chair meetings on development projects of Punjab, including Ravi Urban Development Project and Health Card scheme. He will also attend Doctors Convention as chief guest on the occasion.