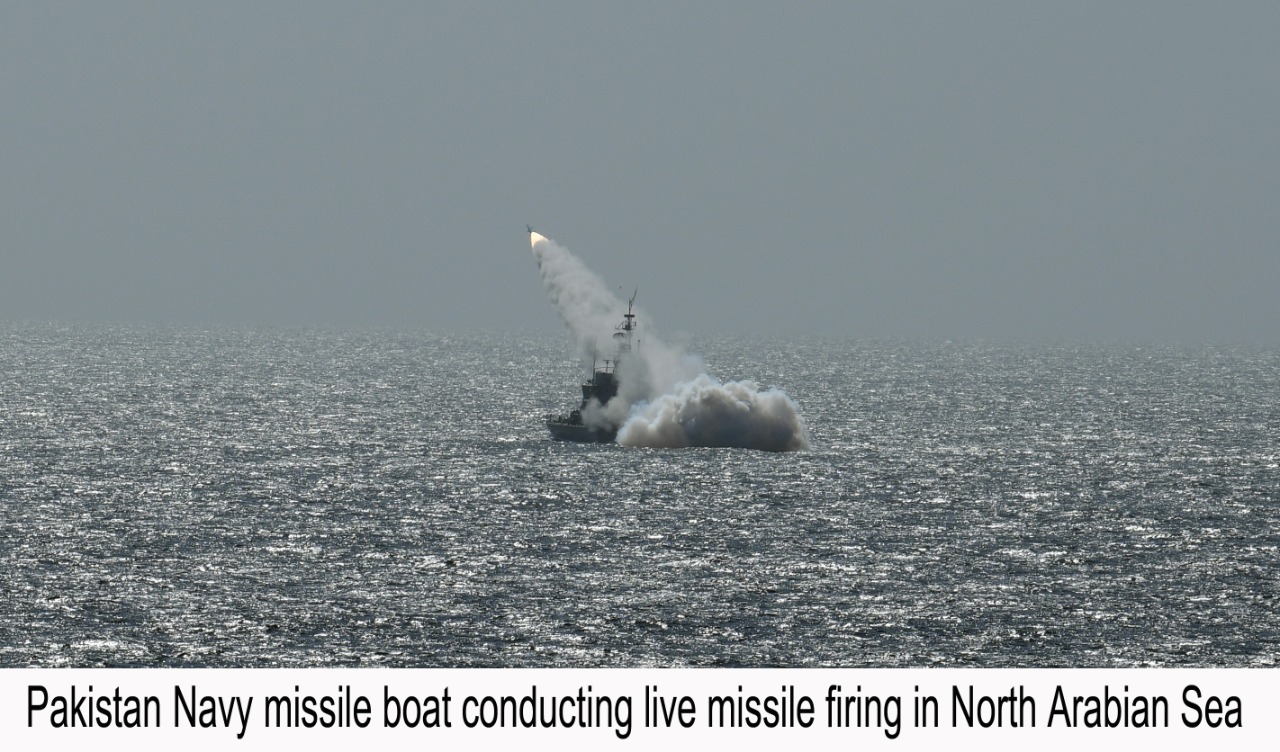 The missiles launched from Pakistan Navy Surface and Aviation platforms (fix and rotary wing) successfully hit their intended targets. The successful firings have re-affirmed PN’s war fighting capability and combat potential. Chief of the Naval Staff expressed his entire satisfaction on the operational readiness of Pakistan Navy and its preparedness to defend the national maritime interests. He also commended the officers and men for their commitment and professionalism. 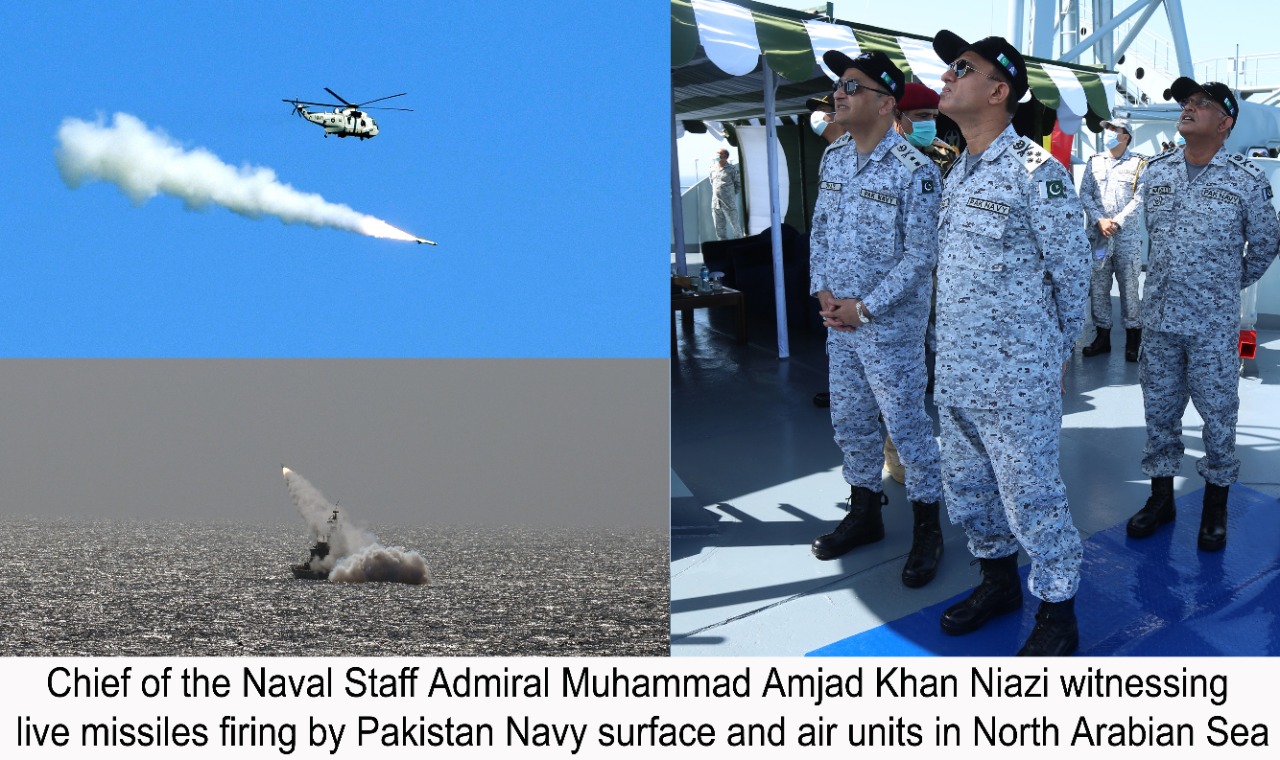 On the occasion, the Chief of the Naval Staff reassured that Pakistan Navy is ready to thwart any aggression against Pakistan’s maritime frontiers and to make defence of the country impregnable. Pakistan Navy stands fully prepared to tackle threats across the entire spectrum of warfare.