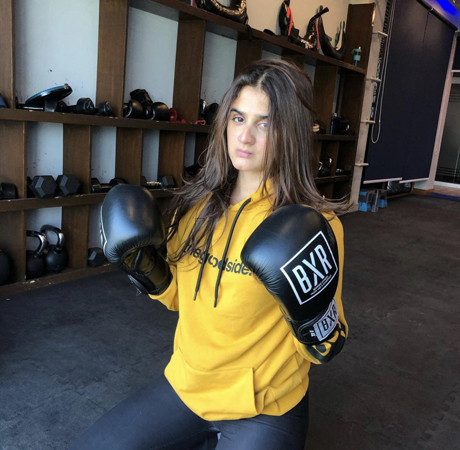 Taking inspiration from Russia’s recently retired mixed martial arts (MMA) fighter Khabib Nurmagomedov, Pakistani actress Hira Mani recently shared on Instagram a picture of her in boxing gloves while donning a yellow jacket as she warned people “to be careful when they plan on messing with her”.

In another Instagram post, she posted a few pictures of Khabib and mentioned her joy at the Russian fighter maintaining his undefeated record against his American challenger.

Khabib had earlier said that he plans to train MMA fighters back in Russia in his post-fight career.

The legendary fighter retired with a professional record of 29-0.