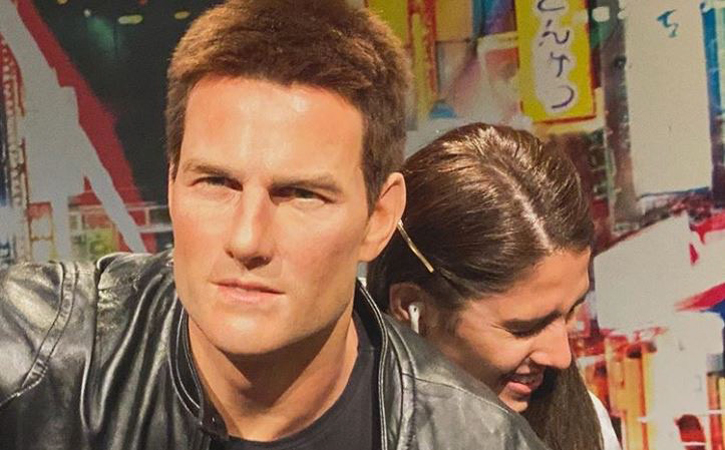 Ayeza Khan has left fans speculating as she shared a stunning throwback picture of Tom Cruise with heart emoji on her Instagram Sunday.

Ayeza, who is very active on social media, shared a picture of ‘Mission Impossible’ star on her Instagram Sunday, showing Tom Cruise with a lady behind him. Fans of Pakistani actress first thought as Ayeza is in the picture with the actor.

Tom looks dashing in his teenage photo with an actress. Some social media users speculated that the drama actress would share the screen with the superstar in future.

The ‘Mehar Posh’ actress needs no introduction when it comes to Pakistani drama fans as she has earned a huge number of admirers with her flawless acting skills.

Recently, she shared some stunning pictures with her younger sister, which went viral on social media and rumours have it that Hiba would make her drama debut soon.

Over the years, Ayeza Khan has made her mark in the industry with hard work, passion and unmatched acting skills.