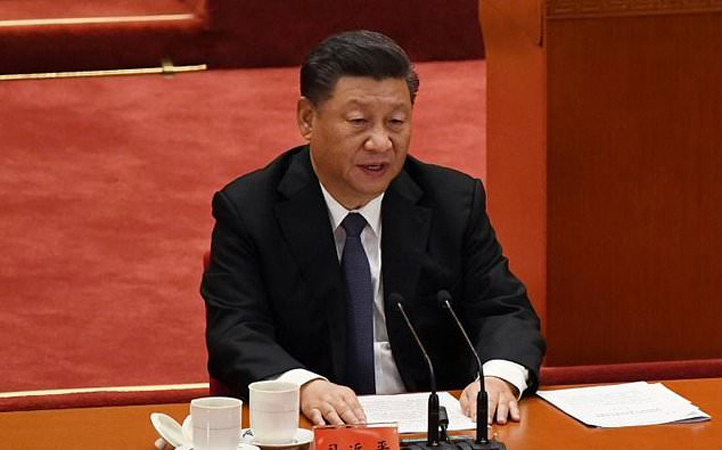 President Xi Jinping’s carbon promise came as a surprise as China has relied heavily on coal to spur its economic emergence China’s Communist leadership will discuss Xi Jinping’s ambitious carbon-neutral pledge in talks that began Monday on the country’s economic strategy for the next five years.

The climate goals, which challenge the world’s biggest polluter to reach peak emissions in 2030 and go carbon neutral 30 years later, are the most concrete environmental action announced by Beijing yet but are thin on public detail. The latest plenary will discuss the country’s new five-year plan, to take effect from 2021, which is expected to flesh out how a country that accounts for a quarter of the planet’s greenhouse gases will rewire the economy to meet Xi’s targets.

The economy is also expected to take a central position in the talks as Beijing tries to boost domestic consumption. The opaque meetings are always held behind closed doors, without media access, and a statement outlining decisions made by the leadership is usually published after the gathering concludes. China’s draft five-year plan will then be presented to its rubber-stamp parliament, the National People’s Congress, for formal approval.

The carbon promise, announced last month in a speech by Xi to the United Nations, came as a surprise as China has relied heavily on coal to spur its economic emergence from poverty to superpower status over the last few decades. Its five-year plans are “not designed to attract votes or score political points as is done in the West by some politicians (but) are aimed at realising the people’s aspirations for a better life”, said official news agency Xinhua over the weekend. Xinhua said more than one million suggestions for the five-year plan had been submitted online in August, and that input had come from universities, think tanks and other official bodies.

The new plan will be the country’s 14th since the Communist government was established in 1949. Adam Ni, director at the China Policy Centre in Canberra, said the plenary would focus on building resilience in the Chinese economy and protecting against external shocks, as the global pandemic continues to ravage the world economy and Beijing and Washington face mounting tensions over trade.

He said a central theme was likely to be “stability at a time of flux and enhanced Party control”. China’s economy saw an unprecedented contraction in the first three months of the year due to Covid-19 shutdowns, but with infection rates being brought under control it has seen a strong recovery over the past six months. Xinhua reported Sunday that pollution targets in the last plan had been met, and urban residents in China “now breathe in unpolluted air for 82 percent of the days in a year, and water quality has improved to sound levels”.

China’s new environmental targets have been welcomed by climate activists but have also prompted political fallout. Beijing accused the United States of “obstructing” the global fight against emissions last month, as tensions soar between the two over several topics including trade.