* Rallies, protests planned to draw international community's attention towards unresolved Kashmir dispute as well as suffering of people living in the territory illegally occupied by India 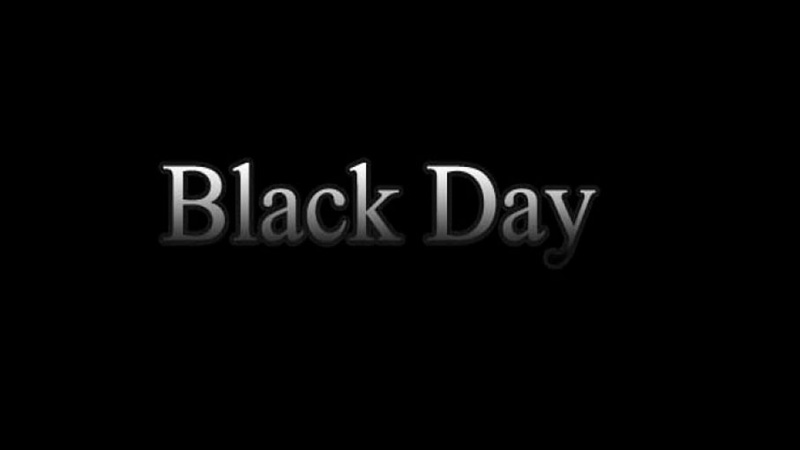 Kashmiris on both sides of the Line of Control and the rest of the world are all set to observe ‘Black Day’ on Tuesday (today) to convey extreme resentment and indignation over the continued unlawful and forcible occupation of bulk of Jammu and Kashmir state by the Indian tyrannical forces.

Call for observance of the black day to be marked by shutdown in Indian illegally occupied Jammu and Kashmir has been given by the All Parties Hurriyat Conference, Hurriyat forum led by Mirwaiz Umar Farooq and other pro-freedom organizations.

On October 27, 1947, Indian troops had invaded Jammu and Kashmir and occupied it in total violation of the essence of partition plan of the subcontinent and against the Kashmiris’ aspirations. The Hurriyat forum in a statement issued in Srinagar said that since October 1947, tens of thousands of Indian troops continue to illegally occupy the territory. It appealed to the Kashmiris living across the globe to hold anti-India and pro-freedom rallies and protests on the day to draw world’s attention towards the unresolved Kashmir dispute and the suffering of the people living in the occupied territory.

The Democratic Freedom Party in a statement terming October 27 as one of the darkest chapters of Kashmir’ history said that the invasion was a naked aggression and an atrocious attack on the political and democratic rights of millions of Kashmiri people.

Meanwhile, posters continued to surface in Srinagar and other areas appealing people to observe complete shutdown on Tuesday to register their protest against India’s illegal occupation of Jammu and Kashmir. The posters were displayed by different pro-freedom organizations.

Protest marches, rallies and seminars will also be held in Azad Jammu and Kashmir, Pakistan and all across the world to condemn the invasion of the territory by Indian Army as well as revocation of Kashmiri’s special status by Modi-led fascist regime on August 5, last year. The day will be marked by complete shutdown in the occupied territory.

The day is observed by the Kashmiris as day of mourning because the landing of Indian troops on this day in 1947 multiplied the sufferings of the Kashmiris. The annexation of J&K and its bifurcation are a solid proof of the fact that the Indian military presence in the occupied territory is totally illegal and unlawful as per international law. New Delhi’s August 5, 2019 illegal action has vindicated the Kashmiris’ stance that Indian position in J&K is that of an occupying country.

October 27 is the day when India landed its forces in the present-day Illegally Occupied Jammu and Kashmir against the aspirations of the Kashmiri people and in total disregard to the Partition Plan of the Sub Continent and international norms and ethics. Kashmiris who deem 27th of October as the darkest chapter in the IIOJK history also observe it as Black Day to convey to India that they reject its illegal occupation of their homeland. Besides, the aim of observing October 27 as black day is to remind the world of its commitments viz-a-viz Kashmir as UN resolutions uphold the Kashmiris’ right to decide their future through plebiscite. However, for over seven decades now, India has been flouting UN resolutions by continuing with its illegal occupation over IIOJK. The use of coercion and brutal suppression as means by India to crush the will of Kashmiris warrants the intervention by the United Nations to resolve the Kashmir dispute and stop bloodshed in the territory. Like Pakistan, the world community should also stand by the valiant people of Kashmir in realization of their right to self-determination as acknowledged by the United Nations Security Council.