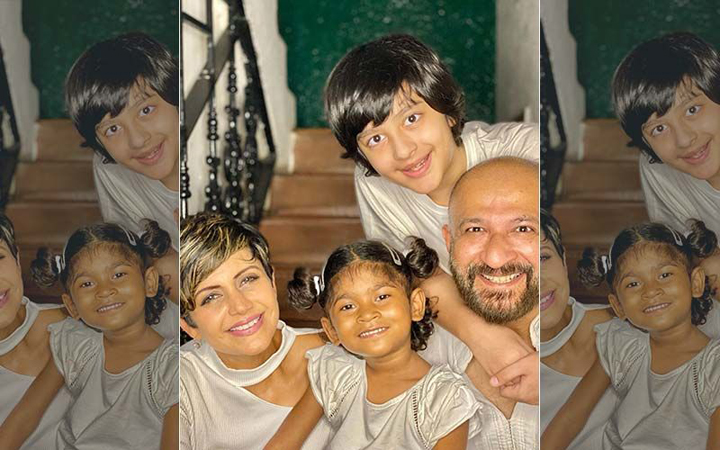 Actor Mandira Bedi and her director-husband Raj Kaushal have adopted a four-year-old girl and named her Tara Bedi Kaushal.

The couple took to social media and shared the news with everyone with identical posts.

Both Mandira and Raj shared a family photo featuring themselves with son Vir and their baby girl Tara on their Instagram page. “She has come to us. Like a blessing from above. Our little girl, Tara. Four years and a bit. With eyes that sparkle like stars. Sister to her Vir. Welcoming her home, with open arms and pure love. Grateful, thankful, blessed,” Bedi shared.

Bedi said their daughter became a part of the family on July 28, this year.

Kaushal also posted the picture on Instagram and wrote “finally the family is complete”.

Mandira Bedi made her Bollywood debut with ‘Dilwale Dulhania Le Jayenge’ in 1995. She has featured in several television shows like ‘Kyunki Saas Bhi Kabhi Bahu Thi’, ‘CID’, ’24’, ‘Aurat’. The actress was part of 2019 released action-flick ‘Saaho’ and Tamil film ‘Adangathey’.

However, she is best known for her portrayal of the lead character in the 1994 television serial ‘Shanti’.