I am much more than just Kumar Sanu’s son: Jaan

* In today’s episode, housemates will protest the decision and defend Jaan in front of Rahul 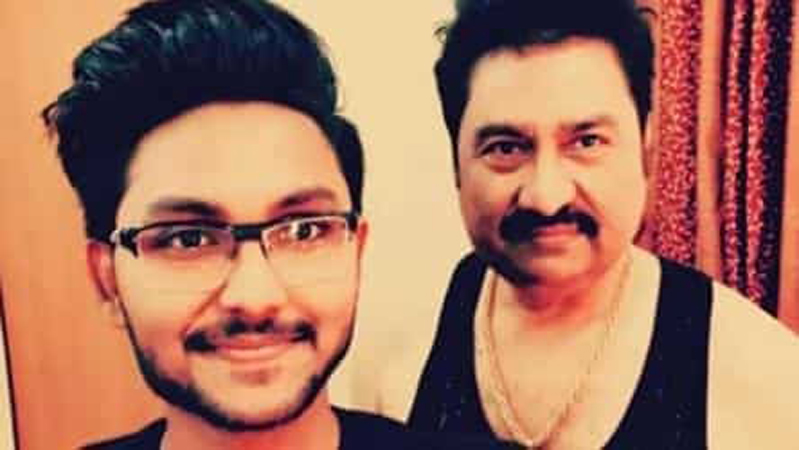 After Bollywood, the nepotism debate has now made its way into Bigg Boss 14.

While nominating Jaan Kumar Sanu for eviction, Rahul Vaidya will mention that he hates nepotism, and Jaan is on the show because of his father and popular singer Kumar Sanu.

In today’s episode, housemates will protest the decision and defend Jaan in front of Rahul. However, netizens have been echoing the same thought after he got saved from the last two eliminations.

Interestingly, even before the young singer stepped into the show, he had an inclination that his father’s name will be used against him. In an exclusive chat with indianexpress.com, Jaan Kumar Sanu mentioned that he is a lot more apart from being the legendary singer’s son.

Calling Bigg Boss 14 the biggest platform and an opportunity to create his own identity, Jaan shared that he would want people to remember him for his personality on the show. “Bigg Boss is watched my millions and it will be a great opportunity for me to reach out to them. Yes, I am Kumar Sanu’s son, but I have my own identity and personality. I am much more than just being his son. Also, I have had my own journey, and wouldn’t want to be only related to my dad’s popularity. I want the audience to love me for myself.”

Interestingly, even before the young singer stepped into the show, he had an inclination that his father’s name will be used against him. In an exclusive chat with indianexpress.com, Jaan Kumar Sanu mentioned that he is a lot more apart from being the legendary singer’s son

While he would want to step out from his father’s shadow, Jaan also shared that it would be a big responsibility for him to carry his father’s name and work along with him.

“No one can deny that my father has carved his own legacy, and it’s huge. Having worked hard for all these years, he has made a name for himself. Since I am on a reality show, it’s now on my shoulder to carry his legacy forward, and also ensure that it doesn’t get affected. I think it would be the biggest challenge in the show to balance both,” he added.

In the initial episodes of Bigg Boss 14, Jaan Kumar Sanu was heard mentioning his parent’s divorce when his mother was pregnant with him. He also shared that he has the utmost love and respect for his mother who single-handedly raised him and his two brothers.

Given the format of Bigg Boss, controversies play a major part in creating content. However, Jaan, while speaking to us, was clear that he would not like his past to be brought up on the show.

He shared, “I understand that the life of a celebrity can never be without controversies. However, I would not like to discuss the same on national television. Even if something comes up, I will choose to avoid it as I believe family issues should be confined to private conversations. Also, I don’t think anything that happened in the past will help me in my game. I am here to make people fall in love with me as an individual. Also, the entire family has moved on, and everyone is happy in their own space.”