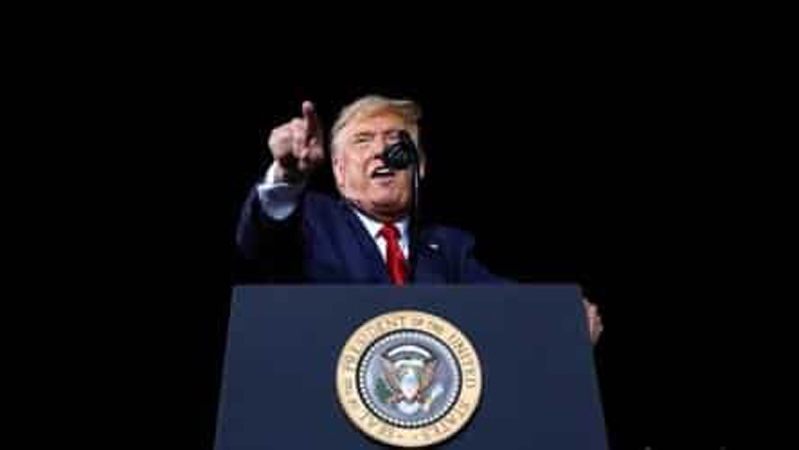 British comedian-actor Sacha Baron Cohen has responded to US President Donald Trump’s comments about him.

Trump had earlier called Cohen “unfunny”, “phony guy” and “a creep” during an interaction with reporters aboard Air Force One.

Sacha wrote on Twitter that he does not find Trump funny either and yet “the whole world laughs at you. I’m always looking for people to play racist buffoons, and you’ll need a job after Jan. 20. Let’s talk!”

Borat Subsequent Moviefilm is the sequel to 2006’s Borat: Cultural Learnings of America for Make Benefit Glorious Nation of Kazakhstan.

The Indian Express’ review of the film read, “Borat: Subsequent Moviefilm is an audacious, brilliant sequel that is better than the original in every single way. It is more insightful, has more shock value, and it’s considerably funnier.”